Fishing trawler captain Zhan Qixiong was released and arrived back in China on Saturday. 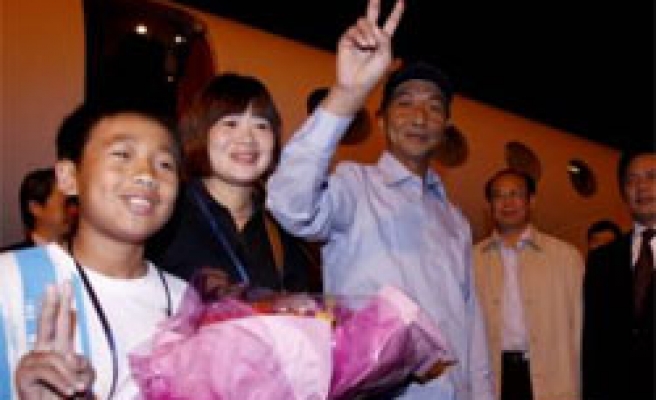 Japanese Prime Minister Naoto Kan waded into an acrimonious dispute over Japan's detention of a Chinese fisherman on Sunday, dismissing China's demands for an apology and compensation as out of the question.

The row has bounced back and forth between the two sides with demands for an apology and rejections, illustrating the fragility of ties between Asia's two biggest economies troubled by Chinese memories of wartime occupation and maritime territorial disputes.

Fishing trawler captain Zhan Qixiong was released and arrived back in China on Saturday after his boat collided with Japanese patrol ships on Sept 7 near disputed islets, known as the Diaoyu in Chinese and Senkaku in Japanese. His trawler and crew had earlier been freed.

The waters are believed to be rich in oil and natural gas.

Kan reiterated his government's stance that the Chinese demands for an apology and amends were groundless.

"Senkaku is a Japanese territory. From that point of view, apology or compensation is unthinkable," he told reporters. "I have no intention at all of meeting (the demand)."

Tokyo came under criticism from domestic media for "caving in" to Chinese pressure by releasing the captain after China detained four Japanese citizens, although Japanese officials have denied the linkage.

The four were detained on suspicion of violating the law regarding protection of Chinese military facilities, though the exact offence is not clear.

A Japanese man was arrested in Nagasaki, western Japan, on Sunday after he threw what appeared to be a smoke flare into the grounds of the Chinese consulate general, Kyodo news agency said.

The consulate general was unstaffed, and no one was injured, Kyodo said, adding that police believed the incident could be related to the territorial spat.