Noda, who had said bringing the nuclear crisis under control as soon as possible was one of his top priorities, visited members of the military based not far from the Daiichi nuclear power plant in Fukushima. 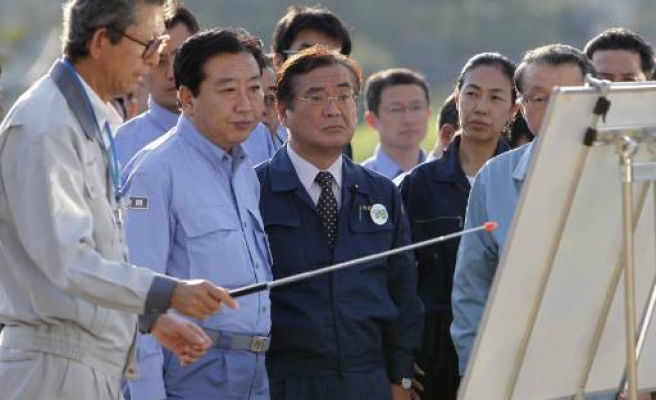 Japanese Prime Minister Yoshihiko Noda on Thursday travelled to disaster-hit Fukushima, thanking military personnel involved in the cleanup of a crippled nuclear plant as one of his first official gestures less than a week after taking office.

Noda, who had said bringing the nuclear crisis under control as soon as possible was one of his top priorities, visited members of the military based not far from the Daiichi nuclear power plant in Fukushima, 240 kilometres (150 miles) northeast of Tokyo.

He later went to the Daiichi plant itself, which was devastated by an earthquake and tsunami in March that left about 20,000 dead or missing.

"Many in the country are thankful for your efforts to bring the plant under control. I am proud of your work as the commander-in-chief of the Self Defense Forces and I express my deepest gratitude," Noda said, according to public broadcaster NHK.

Noda's predecessor, Naoto Kan, resigned after his voter support ratings plummeted due to dissatisfaction with his handling of the nuclear crisis.

Kan flew to Daiichi soon after the March disaster but it took him another three weeks to make his first visit to the tsunami-devastated regions, drawing heavy criticism.

At the deployment's peak, about 100,000 of Japan's 230,000 troops were dispatched to the disaster-hit areas to search for bodies and survivors, clear roads and deliver supplies.

In the early days of the crisis, some units were also deployed to spray water on overheating reactors at the Daiichi plant from helicopters and water cannons.

Recent polls have shown that a majority of Japanese voters support Noda as his call for unity within the ruling party and conciliatory stance towards the opposition raised hopes for speedy policy implementation.

But the former finance minister faces enormous challenges, such as coping with a strong yen that threatens to undermine exports, forging a new energy policy while ending the crisis at Daiichi, and rebuilding the devastated areas while trying to rein in Japan's massive public debt.