The Japanese coastguard first spotted the group of ten's rickety vessel off the northern island of Hokkaido on Wednesday as it struggled during poor weather. 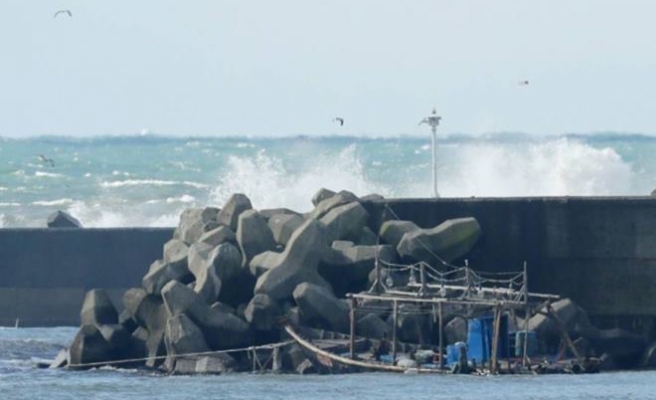 Japanese officials said Monday they were investigating a group of North Korean fishermen after items reportedly including a fridge, a TV -- and an anime poster -- disappeared from a remote island where they had taken shelter.

The fishermen -- who identified themselves as North Korean -- briefly landed on an uninhabited island to take refuge.

But soon after the group left, officials noticed items from buildings on the island had vanished.

"There are solar panels at the lighthouse on the island and some of them are missing," a spokesman told AFP on Monday.

A TV, a fridge, a washing machine, an anime poster and blankets were also missing from a shelter facility for local fishermen, according to state channel NHK.

Government top spokesman Yoshihide Suga told reporters that police and the coastguard were "conducting necessary investigations" such as question the crew, who are still in Japanese waters.

Dozens of North Korean fishing vessels wash up on Japan's coast every year, sometimes with dead bodies aboard.

Separately, three bodies were found off northern Yamagata prefecture, according to the coastguard.

The coastguard also found a wooden boat nearby, but it is not confirmed whether the three came from North Korea.

NHK reported that one of the three wore a badge with a photograph of Kim Il-Sung, who founded the Democratic People's Republic of Korea in 1948.

Experts say some North Korean fishermen travel far out to sea in order to satisfy government mandates for bigger catches.

But their old and poorly equipped vessels are prone to mechanical and other problems, including running out of fuel, and there are few ways for them to call for rescue.

Last year, 66 boats that appear to have come from North Korea were found floating in Japanese seas.

More than 50 have already been discovered this year, according to the coastguard.