On Wednesday, the Chinese foreign ministry excluded a reporter from the Sankei Shimbun -- a Japanese conservative daily critical of China -- from a media pool covering the start of a meeting between China's Foreign Minister Wang Yi and Japanese vice foreign minister Takeo Akiba. 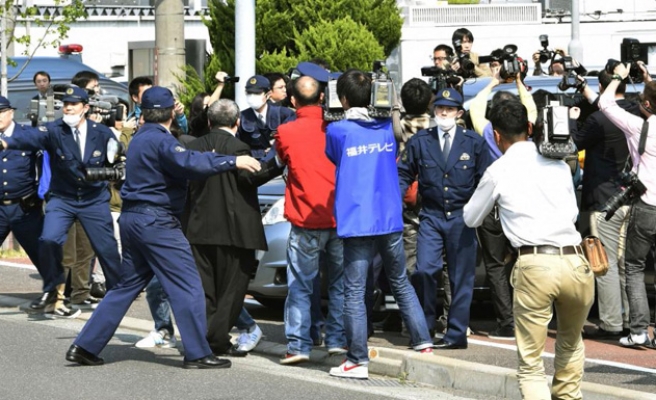 Japan has lodged a protest with China about freedom of speech after Beijing blocked a Japanese reporter from covering a meeting between top diplomats from the two countries.

Other Japanese media covering the event in Beijing then boycotted the pool coverage in protest.

"The Japanese government believes that respect for basic human rights including freedom of expression is a universal value in the international community, and ensuring those rights is important in any country," top government spokesman Yoshihide Suga told reporters in Tokyo when asked about the incident.

"From this viewpoint, it is extremely regrettable that this kind of affair happened, and we have lodged a protest to the Chinese side," added Suga.

Akiba, who was in Beijing ahead of Prime Minister Shinzo Abe's visit to China expected in October, also protested to his Chinese opposite number Le Yucheng, Suga said.

Suga however said bilateral relations between the two regional rivals are improving.

"The date of Prime Minister Abe's visit is under coordination right now," Suga said, adding that "we hope to push up to a new stage the relationship between Japan and China through visits by high level officials."

"We express our regret," he said in a Wednesday statement, adding that the daily "will do our best to continue giving our readers accurate information about the situation in China".