The two sides have also worked together to try to rein in North Korea's nuclear weapons programme. 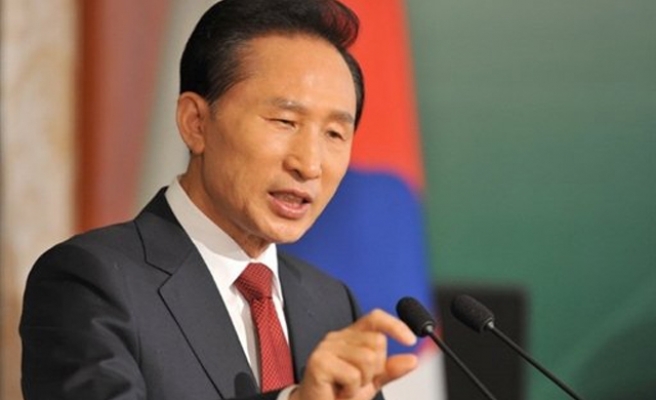 Lee is the first South Korean leader to make the trip to the islands that have been a persistent irritant in relations between the two countries even after they moved on from Japan's colonial occupation to develop flourishing commercial ties.

The two sides have also worked together to try to rein in North Korea's nuclear weapons programme.

Japan issued a terse warning over the islands, known as Takeshima in Japanese and Dokdo in Korean, which lie equidistant from the two mainlands, and summoned South Korea's ambassador toTokyo to formally lodge a complaint.

"The visit to Takeshima by President Lee is unacceptable in light of Japan's stance on this issue," Gemba was quoted as saying by Yonhap news agency.

Officials in South Korea said the visit was meant to highlight the islands' importance as a natural reserve and was not aimed at stirring up trouble.

"There shouldn't be anything unusual in a national leader visiting a place that is our territory," an official said.

Lee travelled to a larger island called Ulleungdo off the Korean peninsula's east coast, which is notdisputed, and made the final leg under tight security with military and coast guard escort.

Lee's stop on the islands was largely overlooked in South Korea, where he is in the final year of a mandatory single five-year term mired in corruption scandals involving former close aides and family members.