Japan refused to apologise for detaining a Chinese boat captain. 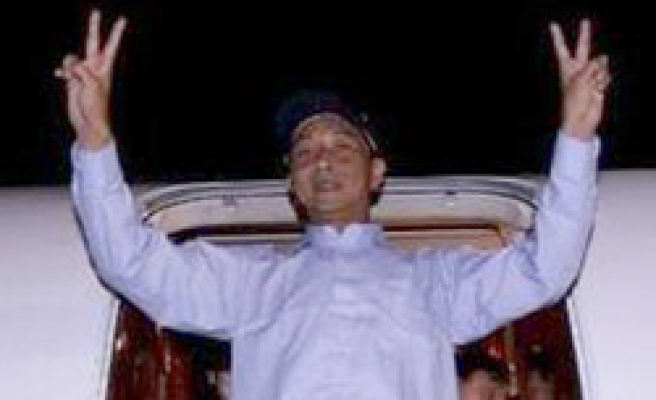 Japan refused to apologise on Saturday for detaining a Chinese boat captain, showing no signs of softening in a dispute between the two economic powers after Japan gave ground and released him.

The fishing trawler captain, Zhan Qixiong, flew out of Japan to the coastal Chinese city of Fuzhou on Saturday.

The release followed the detention of four Japanese nationals on suspicion of violating Chinese law regarding the protection of military facilities, though Japanese Chief Cabinet Secretary Yoshito Sengoku has denied a link between the two incidents.

China's Foreign Ministry said Beijing was angry at the detention of the captain, arrested by Japan over two weeks ago after his trawler collided with two Japanese patrol boats in waters near islands that both sides claim. It demanded an apology and compensation.

China said its claim to the islands -- which it calls the Diaoyu and Japan calls the Senkaku -- was "indisputable", but Japan did not agree.

"There is no territorial issue that needs to be resolved over the Senkaku," Japan's Foreign Ministry said in a statement. "China calling for apology or compensation is groundless and is absolutely not acceptable."

China's statement had said that the two countries should solve their disputes through dialogue. Japanese Prime Minister Naoto Kan also said it was time for Asia's two biggest economies to put relations back on a steady footing.

"I believe it is necessary for Japan and China to handle matters calmly," he said in New York, where he attended the U.N. General Assembly.

The dispute has underscored the brittleness of ties long troubled by Chinese memories of Japanese wartime occupation and territorial disputes over parts of the East China Sea that could hold rich reserves of gas.

Some Japanese newspapers decried Zhan's release as a backdown that would encourage Chinese assertiveness.