Over half century of cooperation is ‘very important’, says Japanese agency’s Turkey representative 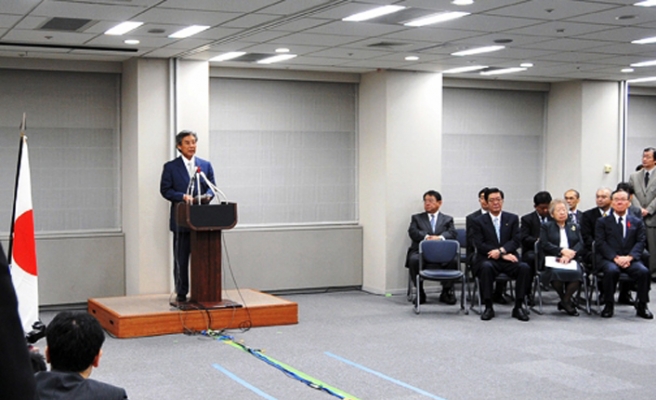 A representative of Japan’s official development assistance agency said the organization is looking to expand its aid cooperation with Turkey.

With more than 100 offices worldwide, the Japanese International Cooperation Agency (JICA) engages in technical and infrastructure aid projects in developing countries, often jointly with other organizations such as its Turkish counterpart, the Turkish Cooperation and Coordination Agency (TIKA).

Speaking to Anadolu Agency, JICA's Miyuki Konnai said cooperation between Japan and Turkey was “very important”, spanning over more than half a century.

“One of the most important activities here is disaster prevention activities,” Konnai said, referring to JICA’s activities in Turkey, which like Japan, lies in an earthquake-prone region.

A major undertaking in this regard has been the organization’s disaster response training program in 2017 for disabled persons in Turkey’s central Nevsehir province, added Konnai, who had participated in relief efforts following the 7.1 magnitude earthquake in eastern Turkey's Van province in 2011.

Citing trilateral aid and assistance projects with third parties from Afghanistan to Morocco, she expressed that JICA and TIKA also pursue “triangular cooperation” in a variety of areas such as aquaculture and energy efficiency.

One such project involved yearly seminars and workshops on gender awareness and domestic violence for female Afghan police in Turkey’s central Sivas province.

“TIKA’s capacities have increased in the past few years dramatically,” she added, emphasizing the agency’s activities in Africa and the Balkans.