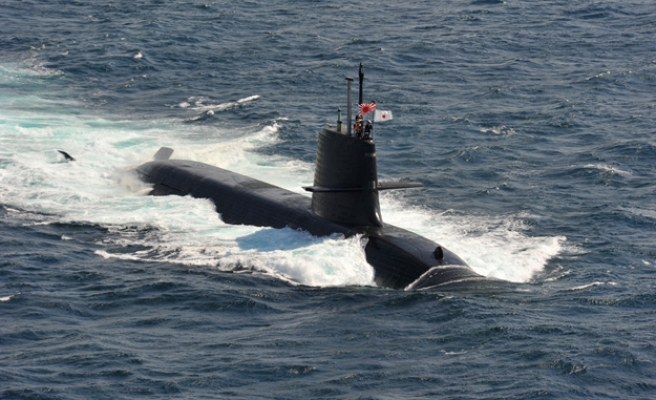 The announcement came days after China accused its Asian rival of interfering in the South China Sea.

Japan, which occupied the Philippines and Vietnam during World War II, is now strengthening relations. All three countries share growing concerns about China's increasing military muscle amid a series of maritime disputes.

China claims almost all the South China Sea. It is also embroiled in a separate row with Japan over disputed islands in the East China Sea that has seen relations sour badly in recent years.

Tensions in the South China Sea -- through which one-third of the world's oil passes -- have mounted in recent months since China transformed contested reefs into artificial islands capable of supporting military facilities.

The exercise, joined by some 500 personnel including officer candidates, is scheduled from Saturday through April 27.

It will be the first call at a Philippine port by a Japanese submarine since 2001, while the visit to Cam Ranh Bay will mark a first, the naval spokesman said.

Beijing accused Tokyo of interfering in the South China Sea after Manila said it would lease five Japanese military planes.

China immediately reacted, saying it was "firmly opposed" to challenges to its sovereignty and security and would "remain on high alert".