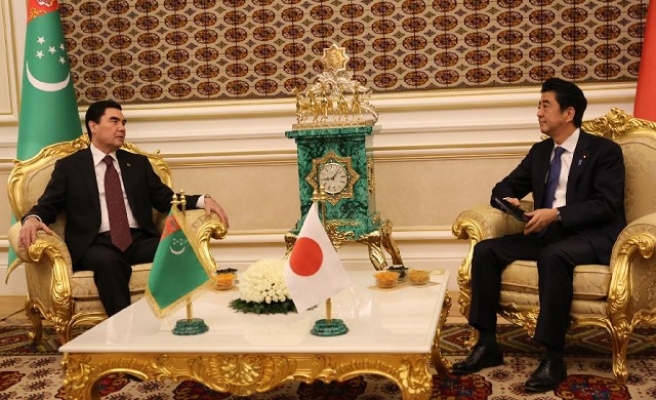 A Japanese trading house said Monday it has won a $300 million tender to build a gas-fired power plant in Turkmenistan.

The agreement comes as part of the vast deals signed between the two countries during Japanese Prime Minister Shinzo Abe's state visit.

Last week, Japan and Turkmenistan signed deals worth more than $18 billion in the energy-rich former Soviet republic, which has become an important supplier of natural gas to China.

Sumitomo said it aims to complete the construction of the simple-cycle gas-fired power plant in 2018.

It said the main equipment, such as a gas turbine and power generator, would be procured from Mitsubishi Hitachi Power Systems Ltd.

Japan’s prime minister last week started a tour of all five former Soviet republics in Central Asia, where Russia and China are vying for economic and geopolitical clout.