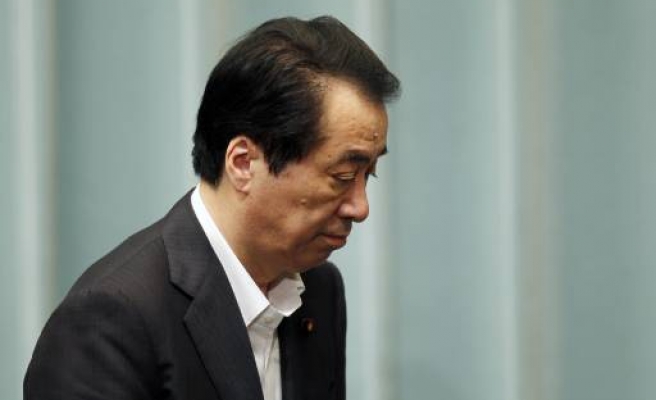 The move comes as Prime Minister Naoto Kan calls for enhanced nuclear safety accountability and an overhaul of Japan's energy policy, with the aim of gradually weaning it off its dependence on nuclear power as public safety concerns mount.

It also follows a series of scandals in which government officials in charge of safeguarding the operations of nuclear power plants tried to influence public opinion on atomic energy.

Trade Minister Banri Kaieda, who played a key role in handling the Fukushima crisis, vowed to carry out major changes in the ministry's personnel, including the three top officials. Kaieda has also said he intends to eventually step down to take responsibility for missteps.

"I'm planning to breathe fresh air into the ministry with a large-scale reshuffle," Kaieda told a news conference.

The unpopular Kan, who has said he will step down without specifying when, was instrumental in the decision, the Asahi newspaper reported.

But the planned dismissal is unlikely to be a game-changer for Japan's future energy policy or public perceptions against Kan, whose public support rating is hovering under 20 percent.

As he hangs on to his job, Kan has announced big policy visions including the energy policy overhaul, but it remains unclear how much of his initiative will stay after he quits.

"It is difficult to think that the direction would change hereafter with this," said Katsuhiko Nakamura, Executive Director at think tank Asian Forum Japan.

"The first impression I get is that this is a kind of performance that Kan does. Questions will be raised after this on whether energy policy is moving forward based on a comprehensive debate and how much policy coordination has actually taken place."

Kan, who in May ordered a shutdown of a nuclear plant in central Japan citing earthquake worries, has expressed growing distrust towards the trade ministry. The ministry promotes nuclear power while housing the atomic safety regulator that has been criticised for being too cosy with firms it must police.

The government plans to unveil as early as this week its plans for a new and more independent atomic safety regulator that could lead to tougher safety standards.

Kaieda himself has said he will resign to take responsibility for confusion caused by the government's sudden announcement of reactor safety tests last month. He recently broke down in tears at a parliamentary hearing after being hounded by the opposition about the timing of his resignation.

But the embattled minister did not say on Thursday when he will quit. The Asahi newspaper reported that Kaieda intended to step down as soon as possible after sacking the three officials.

The three officials are the top bureaucrat at the trade ministry, the head of the nuclear safety watchdog and the chief of the Agency for Natural Resources and Energy, both of which are under the trade ministry.

Public trust against nuclear safety has been shattered after the radiation leaks at Fukushima nuclear plant, triggered by a huge quake and tsunami in March, and suspicion deepened last week after a utility firm revealed the atomic regulator tried to manipulate the outcome of a debate on nuclear power in 2007.

Following the Fukushima disaster, Japan has been trying to avoid power shortages that could curtail manufacturing and damage the frail economy, as only 16 out of 54 reactors are running due to public safety concerns and other problems.