Japan should revise the exclusively defensive policy adopted after its defeat in WWII, a government advisory panel said. 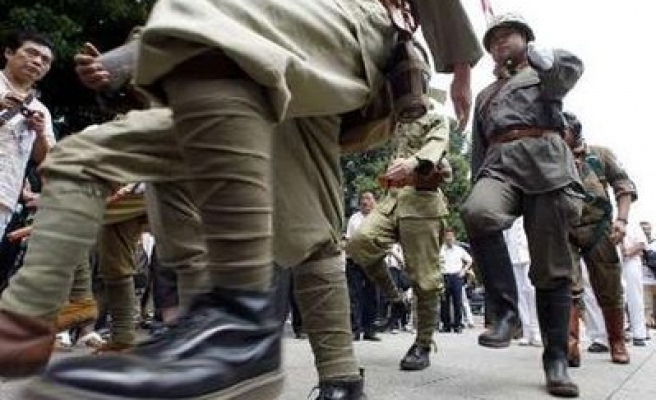 Japan should revise the exclusively defensive policy adopted after its defeat in World War Two, relax an arms export ban and consider lifting a prohibition on aiding allies under attack, a government advisory panel said on Friday.

"China has already become a major country that affects the global economy and has played a certain role in the international community," the experts said in their recommendations for Japan's first major review of defence policies in half a decade.

"On the other hand, there are some issues that make Japan and the region concerned. China has rapidly modernised its military since the 1990s," the panel said, noting China's recent naval activities near Japanese waters.

Japan is undertaking the first update of its National Defence Programme Guideline (NDPG) since 2004 as it confronts China's military rise and the potential decline of key security ally Washington.

It is the first review since the Democratic Party of Japan swept to power just one year ago, promising more equal ties with the United States and improved relations with Asian neighbours including China, where bitter memories remain of Japan's wartime aggression.

"We are in an important period of change in the security environment," panel chief, and senior businessman, Shigetaka Sato, told reporters.

"I am hoping there will be a public debate about Japan's security and defence policy."

The issue has been overshadowed by more pressing concerns over the ailing economy but local media, and Japan's neighbours, will scrutinise the proposals and that could spark debate on how much further the country should break with the past.

"It is time for Japan ... to achieve necessary and in-depth reform of its defence posture that can adequately respond to complex contingencies," the panel report said.

It recommended easing a decades-old ban on exporting weapons to keep its defence industry from being left behind, and to consider lifting a ban on exercising the right to collective self-defence, or aiding an ally under attack.

The export ban prevents the nation's defence industry from joining multinational projects such as the F-35 Joint Strike Fighter and makes it difficult for Japanese defence contractors such as Mitsubishi Heavy Industries Ltd to drive down costs and develop cutting-edge technologies.

The experts said Japan, the only country to suffer a nuclear attack, should for now keep its ban on the possession, production and introduction of nuclear weapons.

Any sign of Japan flexing its military muscle would upset Beijing, even as China beefs up its own military reach.

The experts urged closer cooperation with U.S. allies such as South Korea and Australia and stressed the importance of the U.S.-Japan security alliance, the pillar of Tokyo's post-war defence policies.

Concerns over the health of the alliance emerged after the Democrats took power and then-Prime Minister Yukio Hatoyama pledged to try to move a U.S. Marines airbase off the southern island of Okinawa, host to about half the U.S. forces in Japan.

Article 9 of Japan's 1947 constitution renounces the right to wage war and bans the maintenance of a military. But it has been interpreted not only to permit an armed forces bigger than Britain's but to allow overseas military activities such as the 2004 dispatch of non-combat troops to Iraq.