Japanese boats sail close to islands in dispute with China

"We want to show these islands are under Japanese control," Satoru Mizushima, the right-wing film maker who leads Ganbare Nippon told activists. 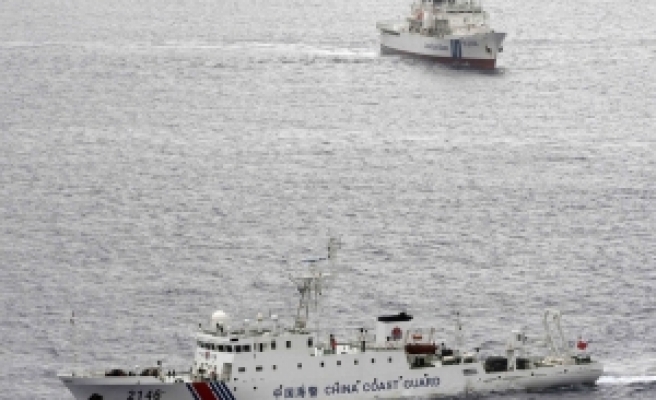 Five boats carrying about 20 members of a Japanese nationalist group arrived on Sunday in waters near tiny islands in the East China Sea at the center of a dispute between Japan and China, a move that risks escalating tensions between the two nations.

Members of the Ganbare Nippon ("Stand Firm, Japan") group said they did not plan to land on the uninhabited islands, which are known as the Senkaku in Japan and Diaoyu in China, but wanted to send a message to China.

"We want to show these islands are under Japanese control," Satoru Mizushima, the right-wing film maker who leads Ganbare Nippon, told activists before departure late Saturday from a port in Okinawa. "We won't be doing anything extreme but we need to show the Chinese what we're made of."

The island are located near rich fishing grounds and potentially huge oil and gas reserves.

Chinese and Japanese planes and patrol vessels have been playing cat-and-mouse near the islands, raising concerns that an unintended incident could escalate into a military clash.

The trip by the right-wing Japanese group comes days after Japanese Prime Minister Shinzo Abe sent an offering to Tokyo's Yasukuni Shrine for war dead - seen by critics as a symbol of Japan's past militarism - on the anniversary of Japan's World War Two defeat.

Ganbare Nippon is not officially affiliated with any political party but its members have organized rallies to support Abe and visited Yasukuni en masse on Thursday, carrying Japanese flags and banners.

Last week, Chinese patrol boats entered Japanese territorial waters and stayed there for more than 24 hours, the longest since surveillance around the islands was increased after Japan's government purchased several of them from a private owner last September, triggering massive protests in China.