Japanese Prime Minister apologised for Korea's suffering under colonisation, despite concern the gesture could reignite calls for wartime compensation. 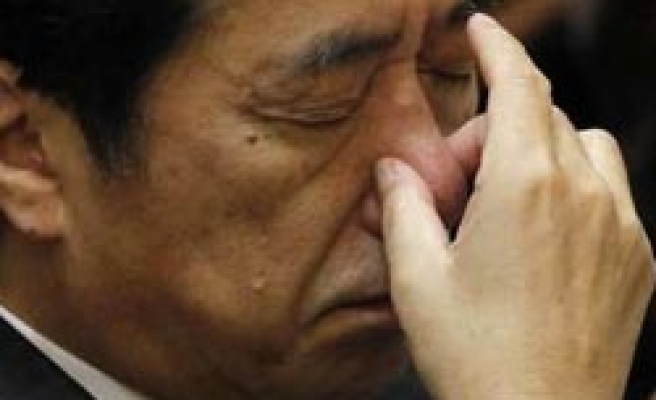 Japanese Prime Minister Naoto Kan apologised on Tuesday for Korea's suffering under colonisation, despite concern the gesture could reignite calls for wartime compensation.

Kan is seeking to prevent ties with major trading partner South Korea from being dragged back into periodic disputes stemming from Japan's often-brutal 1910-1945 colonisation of the peninsula and a territorial row over nearby islets.

"It is easy for the side that inflicted the pain to forget, while those who suffered that pain cannot easily forget," Kan said in a statement to mark the centenary of Japan's annexation of the Korean peninsula on Aug. 29.

"I express a renewed feeling of deep remorse and state my heartfelt apology for the tremendous damage and suffering caused by colonial rule."

While Japan has apologised for its wartime actions, bitter memories still run deep among South Koreans who have been unhappy with comments from Japanese politicians and school textbooks that critics say whitewash its militaristic past.

Kan's apology is in line with a landmark 1995 statement to Asian countries by then-Prime Minister Tomiichi Murayama to mark the 50th anniversary of the end of World War Two.

Lawmakers from both ruling and opposition parties have worried that such an apology from Kan could lead to more compensation claims from wartime victims, but Kan said claims had been settled under a 1965 pact that established diplomatic ties.

Tokyo's relations with Seoul chilled during former Prime Minister Junichiro Koizumi's 2001-2006 tenure when he repeatedly visited the Yasukuni Shrine, seen by Japan's neighbours as a symbol of Japan's past militarism.

Ties between Asia's biggest and fourth-biggest economies have improved in recent years. South Korea was Japan's third-largest export market in 2009 and the two sides have worked together to battle the global financial crisis.

They are also showing a united front on nuclear-armed North Korea. Tokyo has backed Seoul's tough stance towards North Korea following the sinking in March of a naval ship blamed by the South on Pyongyang.

Kan also said in the statement he wanted to hand over documents from the 1392-1910 Joseon Dynasty to South Korea and vowed to further deepen ties. KHe said South Korean President Lee Myung-bak had welcomed the statement in a telephone call.

"The offer to return the royal documents are just an exaggerated form of such repeated apologies that have no real content," said Kim Tae-hyuk, 28, a company intern in Seoul.

"I would like to see Japan as a whole, including the opposition parties and the people, and not just the prime minister, give a sincere, heartfelt apology."