No election need be called until 2016, but political insiders said Abe, whose support is relatively robust but falling, might seek to renew his mandate for another four years before taking unpopular steps 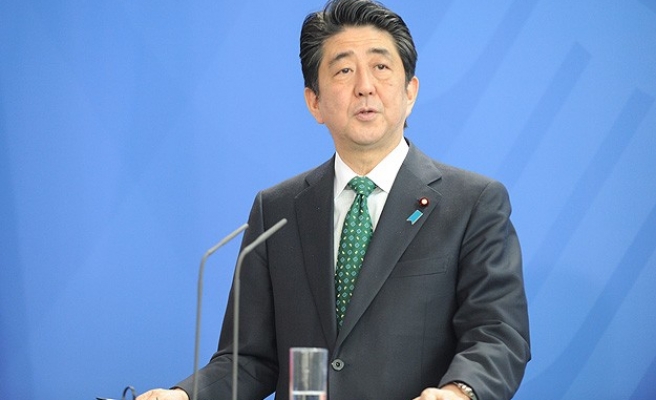 Japanese Prime Minister Shinzo Abe will postpone a planned tax increase and call a general election for December, a newspaper said on Wednesday, in an effort to lock in his grip on power before his voter ratings suffer a slide.

Abe said on Tuesday he had not decided on the timing of an election and his top government spokesman said on Wednesday that a decision on the national sales tax hike, which could derail a promised economic recovery, had yet to be made.

But the conservative Sankei newspaper said Abe would delay the tax increase by a year and a half to April 2017 and call a snap election for parliament's lower house.

A government official close to the prime minister's office told Reuters on Tuesday that Abe was likely to delay the tax hike. Major political parties have already begun gearing up for a possible election.

No election need be called until 2016, but political insiders said Abe, whose support is relatively robust but falling, might seek to renew his mandate for another four years before taking unpopular steps such as restarting nuclear reactors and passing legislation to allow Japanese troops to fight abroad for the first time since World War Two.

"This will be an election without a cause," said one coalition lawmaker, adding it would make more sense to seek a new mandate if Abe were to proceed with the tax hike, which most voters oppose. He said that possibility couldn't be ruled out.

Abe's Liberal Democratic Party-led (LDP) coalition has almost no chance of losing its lower house majority given the weakness of the opposition camp, but could fall short of the two-thirds it has now, politicians said.

Voter support for the LDP slipped to 36.6 percent in a survey by NHK public TV released on Monday. That dwarfed the 7.9 percent who backed the opposition Democratic Party of Japan (DPJ), reflecting memories of the party's three years in power from 2009, a period marked by policy flip-flops and missteps. Still, 40 percent backed no particular party.

Abe returned to power in December 2012 pledging to revive the economy with a mix of hyper-easy monetary policy, spending and reforms. Opposition politicians say delaying the tax hike would show that his "Abenomics" growth strategy has failed.

The prime minister inherited the plan to raise the sales tax from his predecessor, Yoshihiko Noda. That DPJ-led government, with the backing of the then-opposition LDP and its ally, agreed on the plan to double the sales tax to 10 percent in two stages to fund rising social security costs and curb Japan's ballooning debt.

Abe, though, has argued that to achieve fiscal reform, Japan must end deflation and get the economy growing.

He had made up his mind to delay the tax increase as third-quarter GDP is likely to be weak, the Sankei said, citing unidentified government and coalition officials. Abe would then take the issue to voters because the delay would exceed the current lower house term, said the conservative daily.

Japanese share prices jumped on the reported tax hike delay, with the Nikkei average rising to a fresh seven-year high of 17,411.75 before falling back a bit.

The most feasible date for the election would be Dec. 14, said an LDP staff member. That would essentially mark the second anniversary of the 2012 election that brought Abe and the LDP to power and the midpoint of the current lower house term.

Abe raised the tax to 8 percent from 5 percent in April, sparking Japan's biggest economic contraction since the global financial crisis in the second quarter.

He has said he will decide on whether to proceed with the planned October 2015 increase to 10 percent after seeing third-quarter GDP. Preliminary GDP numbers are due on Monday.

Abe would meet with Natsuo Yamaguchi, head of junior coalition party Komeito, as early as Monday to discuss the election schedule, the Sankei said.