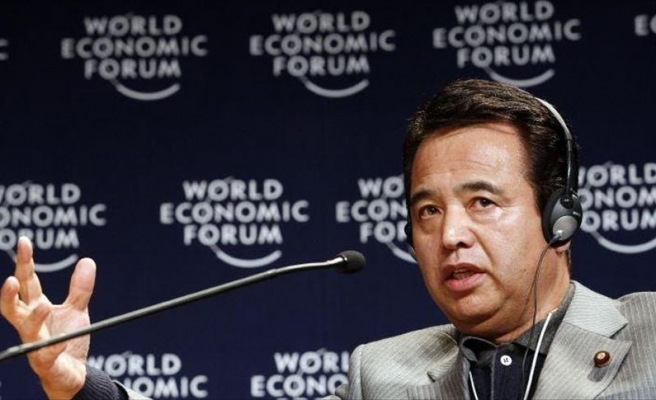 Japan’s minister for economy and fiscal policy announced Thursday that he will resign after being accused of accepting around $100,000 in bribes in exchange for favors for a construction company.

Kyodo news agency reported that Akira Amari expressed his intention to step down after a probe discovered that his secretary had not appropriately handled cash received from an unnamed firm.

The public funding scandal involving Amari – also known as the “minister of Abenomics” – is the most serious to hit the government of Prime Minister Shinzo Abe in three years, and comes as parliament is debating ratification of the regional Trans-Pacific Partnership.

The allegations against Amari were published earlier this month in Japanese magazine ‘Shukan Bunchan’, which described how the minister and his secretary took money from an officer of an unidentified construction company near Tokyo for his help in a road-building dispute.

Amari’s initial response to the allegations had indicated some confusion on his part. “It’s a fact that I received a courtesy call [from the company president] but my memory is fuzzy as to what I did exactly,” he said at a committee meeting on Jan. 21.
He more forthrightly defended himself at a press conference the next day, insisting, “I haven’t broken any laws."

He had said he would offer a fuller account of the situation in a week, but underlined that he would not resign.

Amari is not only a close ally of PM Abe, but also the architect of his most important policy initiative dubbed “Abenomics.”

The scandal is potentially the most serious to hit Abe’s government since it took power in a landslide election in 2012, since when three other cabinet ministers have resigned over public funding allegations.

They were, however, comparative newcomers to cabinet rank and on the periphery of policy making.