The self-inflicted wounds to the 135-year-old liberal media flagship are casting doubt on whether it can regain credibility. 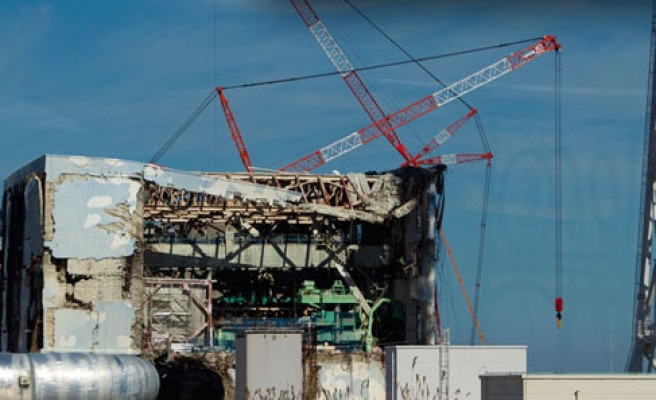 It was a rare role reversal for Japan's influential Asahi newspaper, which is known for exposing wrongdoing in high places, when its president stood before cameras to bow, apologise and pledge to restore his organisation's credibility.

Tadakazu Kimura told more than 100 reporters packed into a second-floor room at Asahi headquarters that the newspaper was withdrawing a controversial article on the Fukushima nuclear crisis that it now said was erroneous. It was also apologising for belatedly retracting decades-old articles on wartime atrocities based on an account later found to be fictitious.

The self-inflicted wounds to the 135-year-old liberal media flagship are casting doubt on whether it can regain credibility.

Its embarrassment coincides with a muting of liberal views and an absence of strong political opposition to Japan's government, and could also create a tailwind for conservatives such as Prime Minister Shinzo Abe who want to recast Japan's wartime past with a less apologetic tone and to loosen the constraints of Japan's post-war pacifist constitution.

"From now on, the Asahi will have to be much more careful in taking an editorial line that is at odds with the right-wing, government line," said Koichi Nakano, a Sophia University professor critical of Abe's policies. "Abe and Co. will have a much freer hand in rewriting history."

The Asahi told Reuters in a statement that the newspaper wanted to continue to fulfill its journalistic responsibility in the same way as it has done to date, and repeated that it would place top priority on accuracy.

The Asahi holds a unique place among Japan's newspapers, which range from the liberal Asahi and moderate Mainichi to the conservative Yomiuri and Sankei, both of whose views often echo positions of the Abe administration.

The Asahi's readers respect the paper for its exposés of corruption and opposition to the conservatives who have ruled Japan for most of the past six decades, said Jeffrey Kingston, director of Asian studies at Temple University's Japan campus.

"Its estimated 8 million readers like it for much the same reasons liberal readers prefer the New York Times - it is a trusted and reliable voice willing to take on the powers that be," Kingston said.

Equally, the newspaper is reviled by many on the right for purveying what they term a "masochistic" view of wartime history that they say dents national pride and fuels diplomatic feuds with neighbours China and South Korea.

"Asahi is responsible for all the unjust criticism spoken by China and South Korea toward Japan," said Harue Sato, a spokeswoman for self-styled patriotic women's group Soyokaze.

Conservatives also criticise the Asahi for its opposition to key policies espoused by the Abe government, such as a planned return to nuclear power after the March 2011 Fukushima disaster and his push for Japan's military to play a bigger global role.

The Asahi's retractions concerned two of Japan's most sensitive political issues - nuclear power and the legacy of Japan's past militarism, which still haunts ties with China and South Korea nearly 70 years after World War Two.

Kimura's news conference last week capped months of controversy over a May 20 Asahi article, based on leaked testimony by the late manager of the tsunami-crippled Fukushima nuclear plant. The paper said workers battling the March 2011 disaster had fled in violation of an order to stay put.

The Asahi had billed its story as a major scoop and rejected later charges from other media that it was wrong. The full transcript, released on Thursday, showed the Asahi report had focused on selective comments by the manager and that it was possible he had been misunderstood in the chaos. The Asahi also acknowledged it had failed to confirm facts with the workers.

Blaming insufficient checks and preconceptions as to what had happened, the Asahi removed its top editor from his post and asked a panel of outside experts to examine its reporting.

A month earlier, the Asahi retracted articles published in the 1980s and 1990s and based on a Japanese man's account - later found to be false - that described women on the Korean island of Jeju being forcibly recruited to work in Japanese wartime military brothels.

Those retractions, decades after scholars first raised doubts about the man's account and years after Asahi itself said it could not be confirmed, set off a firestorm of criticism.

The issue of "comfort women", as those forced to work in the brothels are known, has a flash point in Japan's ties with South Korea and a red-flag topic for Japanese conservatives.

A landmark 1993 apology by then-chief cabinet secretary Yohei Kono acknowledged Japanese authorities' involvement in coercing women, many Korean, to work in the brothels.

But many Japanese conservatives including Abe say there is no proof of direct state involvement in kidnapping the women.

"The articles said that Japanese soldiers entered people's homes as kidnappers, snatched away their children and made them comfort women," Abe told NHK public TV on Sunday. "Isn't what is now being demanded is (for the Asahi) to face the world and properly retract this?"

Those familiar with the Asahi's internal debate said its executives appeared to have hoped that retraction of the articles, which had long left the paper vulnerable to criticism, would bolster their credibility in the debate on the broader issue of Japan's responsibility for the comfort women system. The paper is setting up a new panel of outside experts to examine its coverage of the comfort women issue.

Whether the Asahi can repair its reputation and keep its role as the leading liberal voice remains to be seen.

"It is a huge crisis in the company. I think they will come through, but it won't be easy," said Peter Ennis, editor of online newsletter Dispatch Japan.