Japan's Tepco baffled by criticism of its role in nuclear disaster

He has taken over Tepco's key post at a time when anti-nuclear protests are growing, ruling party lawmakers are bolting over a decision to restart idled reactors despite safety fears and the government is nationalising the struggling utility. 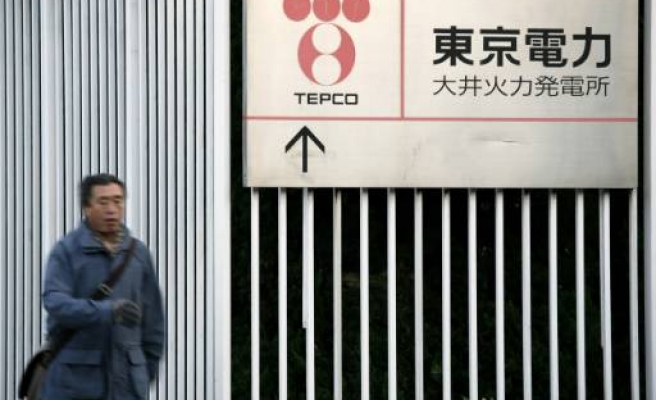 The new head of the company at the centre of Japan's nuclear disaster said on Thursday he was baffled by fierce criticism of the firm where he has worked nearly 40 years and hoped to rebuild public trust but offered no clear idea how to do so.

In a scathing report issued this month, an investigative panel appointed by parliament concluded that the last year's Fukushima disaster was preventable and resulted from "collusion" among Tokyo Electric Power Co, its regulators and the government.

"You can destroy trust in a single day but to rebuild it takes time," the 59-year-old Yale-educated president of Tepco, Naomi Hirose, told a packed news conference of foreign and Japanese reporters.

"Of course, it is a question whether we can regain trust," said Hirose, who joined the company in 1976.

He has taken over Tepco's key post at a time when anti-nuclear protests are growing, ruling party lawmakers are bolting over a decision to restart idled reactors despite safety fears and the government is nationalising the struggling utility.

The nuclear issue has increasingly taken centre-stage in political debate ahead of parliamentary elections which could come later this year. On Monday, an estimated 100,000 anti-nuclear protesters took to the streets in Tokyo, adding to pressure on the government which is under fire over its handling of nuclear policy issues.

Wearing a grey suit and blue tie, the diminutive, grey-haired Hirose spoke in fluent English for 15 minutes before responding to questions in his native Japanese.

The once well-respected utility has been widely castigated for its failure to prepare for the massive tsunami that devastated its Fukushima plant last year, lampooned for its inept response to the reactor meltdowns, and denigrated for its perceived arrogance.

Asked about that panel report's conclusion, Hirose initially responded that the report was one of three investigations including the company's own and they had all arrived at different conclusions.

When pressed, he added:

"We have read the report and seen this word 'collusion'. However, on what basis, or for what reason, this word is being used we have not been able to fully grasp," he said.

"We will go back and read the report again more carefully and if it turns out the facts are different to the facts we have presented then we might adjust our conclusions."

Hirose was also grilled over what critics say is Tepco's tendency to cover things up, a common charge against a company that admitted in 2007 that it had faked safety reports and hidden defects at its reactors for decades.

He acknowledged that there was a "a very large perception gap" between the company's view of itself and the way the public sees it. "We have to close that gap," he said.

By his own account, doing so won't be easy.

One of Hirose's first acts as president was to talk to evacuees at a high school who had fled from the radiation plume that spouted from the company's Fukushima Daiichi nuclear plant after an earthquake and tsunami caused meltdowns in March 201l.

At one of the meetings, a moderate earthquake struck and he was quickly peppered with questions about the safety of a badly damaged building at Fukushima full of spent fuel rods.

That was "quite a shock for us," Hirose said, because the company assumed its reinforcement work has been sufficient.

Fukushima's spent fuel pool No. 4 has been a source of international concern because they are exposed to the atmosphere after one of the explosions that hit the station tore the reactor building roof off and caused its walls to tilt.

"It gave me renewed resolve that we should make more efforts to remove people's anxieties and concerns," he said.