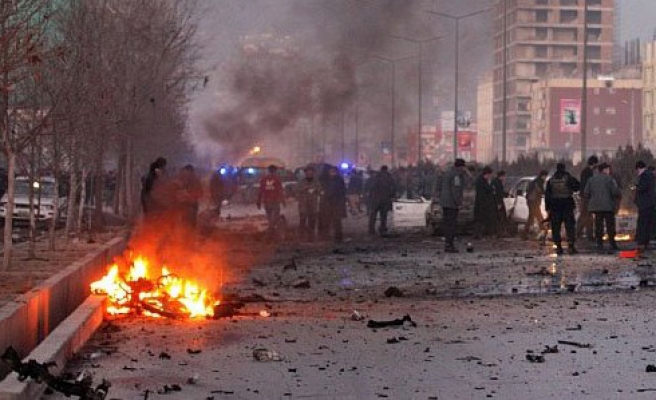 The death toll from Thursday’s suicide attack in the Afghan capital Kabul has reached 50, an official from Interior Ministry said on Saturday.

The ISIL-claimed attack at a facility hosting a cultural center and news agency in the Afghan capital has also left over 80 people wounded.

Most of the victims are civilians, young boys and girls who had gathered for a social gathering at the Tebyan Cultural Center.

Two days after the attack, the Isteqlal Public Hospital -- where most of the victims are under treatment -- remained the site of tragic scenes with so many men, women and children anxiously observing treatment of their relatives and loved ones.

Meanwhile, lawmakers in lower house of the parliament on Saturday lashed out at the government for failing to curb the surging ISIL terrorist threats.

Ghulam Hussain Nasiri, another member of the parliament, warned of the severe consequences if such attacks continued to reoccur. “If the people are compelled to take measures for their own security, it would mean there is no legitimacy of the government”.

According to local broadcaster Tolo News, the cultural center -- Tebyan -- had links to Iran.
The Afghan Voice Agency founded in Mashhad, Iran, two decades ago, has been operating its Kabul office since the fall of the Taliban regime in late 2001.

ISIL-linked Amaq News Agency claimed responsibility for the attack. It said the target was a ‘major pro-Iran center in Afghanistan where Afghans were taught by the Iranians’.

The Afghan Shia-Hazara community has been on the hit list of the pro-ISIL militants for their alleged role in fighting along the Iranian Revolutionary Guards in Syria and Iraq against the terrorist group.

The group has claimed a number of similar attacks on Shia mosques in the Afghan capital.