Police chief in capital Kabul resigned from his post following a wave of deadly attacks on local and international targets in the past few weeks. 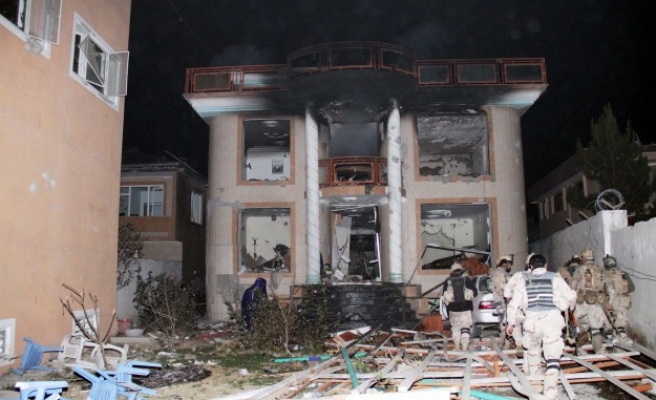 The police chief of Afghanistan's capital quit on Sunday, his spokesman said, following a third deadly Taliban attack in 10 days on foreign guest houses in Kabul.

Also on Sunday, the charity whose guest house was targeted in the latest attack said three of its aid workers were killed by insurgents who used guns and explosives. Earlier, Kabul police said one foreigner and other Afghan died.

The statement on the website of the U.S.-based Partnership in Academics and Development (PAD) did not give the nationalities of the three. A Western security official said they were South Africans.

Meanwhile, Kabul's police spokesman declined to comment on the reason for the chief's resignation.

"We can only confirm... he will not continue his job as police chief anymore," Hashmat Stanekzai said.

At least three militants dropped two hand grenades at the gate of compound and followed by light weapons shootings. According to Afghan officials, one detonated his explosives, while two others were gunned down by Afghan national security forces.

According to deputy interior minister Mohammad Ayub Salangi, the operation was over and clearance process was under way.

Kabul police Chief Gen. Zahir Zahir said the militants had used military uniforms and the commander of Rapid reaction forces was injured in the incident.

Dozens of Afghan security forces with heavy machinery were deployed in the area and all the roads to the scene were closed.

Families living around the building were asked to evacuate to safer zones in order to avoid civilian casualties. One house neighboring the compound caught fire during the firefight between security forces and rebels.

“Taliban mujahidin attacked a Christian missionary and intelligence center when some 50 people had just arrived from Australia; a meeting was underway,” Taliban spokesman Zabihullah Mujahid said.

At least five people, including a British embassy worker from the U.K. embassy, were killed in a car bomb attack in Kabul on Thursday, which was later followed by Taliban militants' evening attack on a U.S.-linked organization.

Taliban militants have intensified their attacks and activities after the Afghan government signed security agreements with the United States and NATO, which allows their forces to remain in Afghanistan beyond 2014.

The surge of violence in Afghanistan doesn’t remain limited to the capital Kabul.

At least 12 Afghan army troops were killed and one was missing when a group of Taliban militants stormed an army base in southern Helmand province, authorities said.

The attack was carried out on a small army base in Sangin district of Helmand province Saturday night and a search operation for the missing soldiers was underway.

Separately, four other army troops were killed in several IED explosions across the country Saturday, according to Defense Ministry spokesman Gen. Zahir Azimi.

"At least 21 Taliban militants were killed during Afghan army operations in three provinces in the past 24 hours and 31 others were arrested," Azimi said.

In the latest such incident, a group of Taliban militants wearing explosive vests struck a South African organization with light and heavy weapons, killing the director and his two children. One Afghan staff also was killed.

The camp was used by U.S. and British forces for 13 years before they end their combat mission in Afghanistan and handover to Afghan troops.