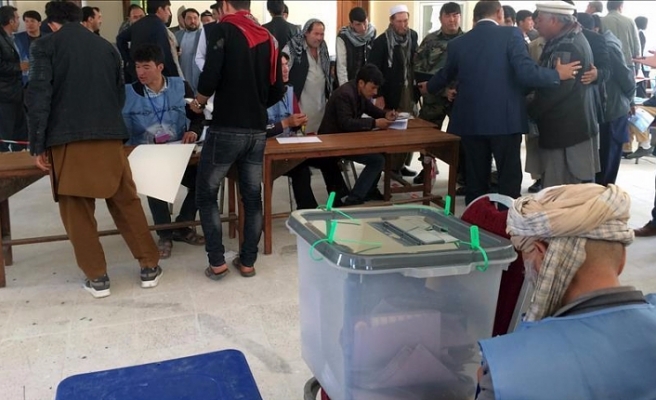 Several officials from the country's election authority have been removed from duty for the alleged electoral fraud, said Ali Reza Rouhani, Electoral Complaints Commission spokesman, in a press conference.

More than one million votes were cast in Kabul in the general elections on Oct. 20. The results from the polls have yet to be announced.

The ruling of the complaints body is not final as it needs to upheld by the country's main election authority, the Independent Election Commission.

A number of 800 lawmakers competed for 33 seats available for Kabul in the Afghan parliament.

The Afghan elections were due three years ago, but persistent issues kept them lingering.

In a special report titled “2018 Elections Violence,” the UN mission in Afghanistan noted the Taliban launched a deliberate campaign of violence and intimidation to disrupt the elections, resulting in record high numbers of civilians killed and injured on an election day.

The report verified a total of 435 civilian casualties (56 deaths and 379 injured) during the process.