Afghanistan's new President Ashraf Ghani's has decided to re-open an inquiry into the bank collapse. 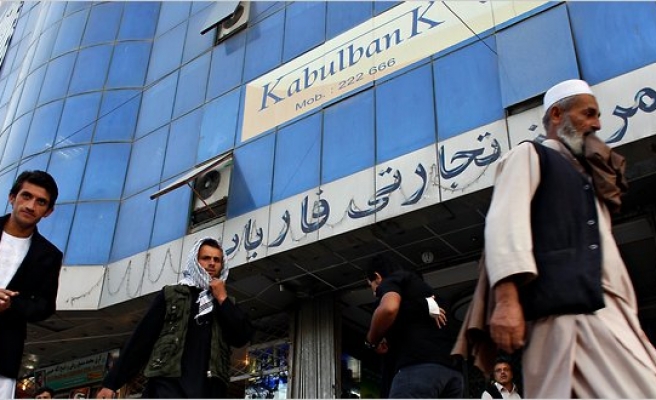 The brothers of former President Hamid Karzai and one of his vice presidents are among 19 individuals and companies that still owe a total of $633 million from a 2010 loan fraud scandal at Afghanistan's biggest bank, a watchdog said on Thursday.

The group praised new President Ashraf Ghani's decision to re-open an inquiry into the bank collapse, calling for more prosecutions and aggressive measures to recover more of the nearly $1 billion lost in loans to well-connected people.

Ghani's move on Wednesday seemed aimed to show his government is serious about tackling corruption - key to gaining foreign aid to help his government pay its bills.

The bank collapse triggered a financial crisis and of the $935 million drained from the bank's deposits, only about a third has been recovered, according to the receivers.

Among the names was Mahmoud Karzai, brother of former leader Hamid Karzai. He was listed as having owed $22.2 million on loans from Kabul Bank and having paid back only $13.4 million.

Mahmoud Karzai denied he still owed money, saying he had paid back all his loans with interest and had done no wrong.

"Their accounting is incorrect," Karzai said, adding that the $8.7 million in outstanding money listed represented shares he held in the bank that were still under legal dispute.

The anti-corruption monitor also said that Abdul Haseen Fahim - whose brother, Mohamamad Qasim Fahim, was first vice president under Karzai - still owed $4.4 million, having paid back nearly $36 million. Fahim could not be reached for comment.

Rashed Behroz, executive director of the Monitoring and Evaluation Committee, said the government's new inquiry should consider new prosecutions in the case.

"Regardless of the political and personal affiliations of the people who have been involved in this matter, these people should be prosecuted and we hope that we will soon be able to see the results of this," Behroz said, without naming specific suspects.

The two former heads of the bank, founder Sher Khan Fernod and the former chief executive, Haji Khalil Ferozi, convicted of taking $810 million of the $935 million stolen, were both sent to jail for five years. Much of that money has yet to be recovered.

A spokesman for the attorney general said higher sentences would be sought for the more than one dozen people already convicted, who were given jail time of between six months and five years.

He did not mention any new prosecutions, but said the government would work hard to regain the lost funds.

"Our office and the receivership is working on recovering the money through selling properties bought with Kabul Bank money, but these properties' values are not much to make up the total," the spokesman, Basir Azizi, said.

The government was forced to bail out the country's then biggest bank after a run on deposits in 2010. It was later re-launched as the state-run New Kabul Bank, but confidence in the banking sector has yet to fully recover.