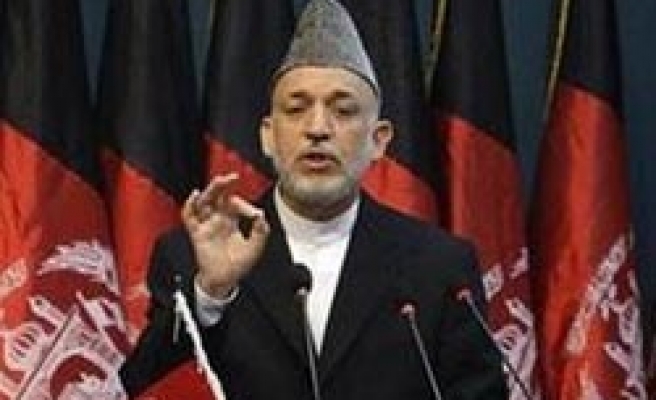 Afghan President Hamid Karzai issued a decree on Tuesday setting a deadline of four months to disband private security firms to avoid the misuse of weapons which had caused "horrific and tragic incidents".

The decree said the order to disband the companies, which employ up to 40,000 people working mainly for Western enterprises in Afghanistan, was being issued "to prevent irregularities" and the misuse of weapons and other military equipment, Reuters said.

"I am signing the dissolution of all local and foreign security companies within four months," said the decree, issued by the presidential palace.

The decree includes an exemption for firms whose guards work inside compounds used by foreign embassies, even though Karzai's office said last week there would be no exceptions.

"It's not about regulating the activities of private security companies, it's about their presence, it's about the way they function in Afghanistan ... all the problems they have created," Waheed Omer, Karzai's spokesman, said.

Karzai has long called for the disbanding of such companies, which compete for contracts worth billions of dollars, and said last week that time was running out for them.

The US military responded on Monday saying it supported the plan and was tightening oversight of its own armed contractors in the meantime.

The push to scrap the firms is linked to Karzai's willing 2014 timetable for Afghan forces to take over all security responsibility from foreign forces, who presently number almost 150,000 troops.

Private security companies, which are not accountable to the Afghan government, have long been an irritant for Afghans and for U.S. and NATO forces in the country after a series of scandals.

The U.S. military also employs some of them and the Pentagon said last week it was in talks with Karzai's government to address its concerns.

In February, US senate investigators said the contractor formerly known as Blackwater hired violent drug users to help train the Afghan army and declared "sidearms for everyone'', even though employees were not authorised to carry weapons.

The allegations came as part of an investigation into the 2009 shooting deaths of two Afghan civilians by employees of the company, now known as Xe.