Karzai to visit Pakistan to discuss peace with Taliban

"I can confirm that President Karzai is travelling to Pakistan later this month," Afghanistan's ambassador to Islamabad, Omer Daudzai, told Reuters. 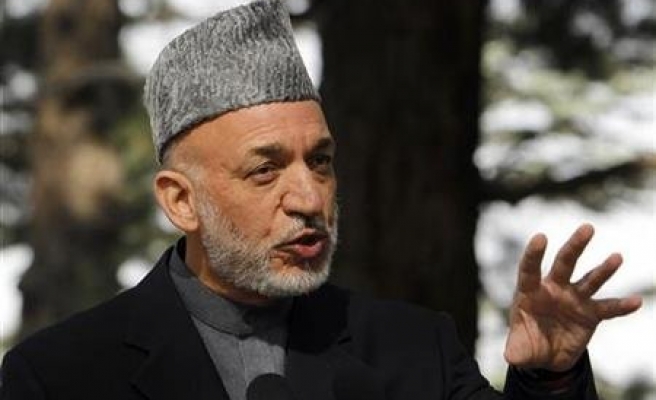 Afghan President Hamid Karzai will travel to Pakistan this month in the hope of breathing life into moribund peace process with the Taliban and mending a frayed relationship between the neighbours, Afghan officials said on Monday.

The role of Pakistan is seen as critical to efforts to get the Afghan Taliban to sit down to talks about ending the 12-year war as most foreign troops prepare to pull out of Afghanistan by the end of next year.

Peace talks between the Afghan government and the Taliban in the capital of the Gulf State of Qatar,Doha, were announced in June only to be cancelled following Karzai's anger over the Talibandisplaying a banner and a flag, harking back to their repressive rule over Afghanistan from 1996 to 2001.

"I can confirm that President Karzai is travelling to Pakistan later this month," Afghanistan's ambassador to Islamabad, Omer Daudzai, told Reuters.

The trip will be Karzai's first visit to Pakistan since Prime Minister Nawaz Sharif was elected.

Many had hoped Sharif's election would lead to a reset in the relationship. Those hopes were dashed after Afghanistan's Foreign Ministry accused Pakistan of having raised the idea of power-sharing between the Kabul government and the Taliban. Pakistan denied the accusation.

Karzai has made 19 trips to Pakistan since coming to power in 2002, and has come away with many promises, but few results.

Afghanistan has long accused Pakistan of playing a double game regarding the Taliban, with some Afghan officials saying their neighbour makes public pronouncements about peace but allows elements of its military and intelligence complex to play a spoiling role.

Karzai will visit Pakistan from Aug. 26 - 28. The leadership of the High Peace Council, the body created by Karzai in 2010 to broker peace with the Taliban, will also attend, a spokesman said.