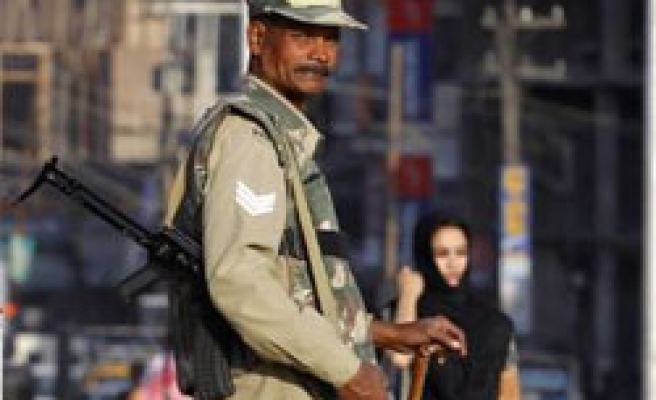 Pro-independence Kashmiri leader who has organised months of protests dismissed Sunday an India plan for fresh talks and a troops review.

The proposals were put forward by Home Minister P. Chidambaram after he led an all-party mission last week to the Muslim-majority region, which has been shaken by killings of protesters and strict curfews since June.

“The so-called political package announced by India is an attempt to hoodwink the international community. Kashmiris are not sacrificing their lives for economic packages and jobs," Syed Ali Shah Geelani told reporters in Kashmir's summer capital Srinagar.

"If rulers in New Delhi believe that by releasing a few students and providing ex gratia relief to the families of martyrs they can reduce the alienation (of Kashmiris), they are wrongly mistaken," he said.

Chidambaram's eight-point plan was the first initiative by the government to end protests in which 107 civilians have been shot and killed by police.

The home minister said a group of "interlocutors" would be appointed to reach out to Kashmiris in a bid to calm the protests.

Most of those killed have been young men and teenagers shot by police and paramilitary troops firing live ammunition and rubber bullets.

Chidambaram said the state government would be told to free 255 protesters jailed for throwing stones at security forces.

Authorities will also consider reducing the security presence in the heavily militarised Kashmir valley and will review some areas of emergency military law imposed in the region.

Appealing the International Red Cross "to take notice of the deteriorating health condition of illegally detained Hurriyet leaders including Shabbir Ahmad Shah and Muhammad Ashraf Sehrai", Geelani said, over 1500 people including pro-freedom leaders and activists have been illegally detained by the occupation authorities in past over three months.

The wave of protests were ignited on June 11 by the death of a 17-year-old student hit by a tear-gas shell during a protest.

"This is just like adding salt to the wounds of Kashmir when there is nothing in terms of resolution of the (Kashmir) dispute," Musdiq Khan, a 35-year-old paediatrician said.

"First they kill Kashmiris and later offer money for the dead. Their attitude is inhuman and deplorable."

But some are willing to give the Indian offer a try.

"Indians could have done much more. But let us be positive and I hope sanity will prevail on all sides and bring an end to our miseries," said 40-year-old Shugufta Khan, whose nephew was killed by police during a protest last month.