“In the garb rehabilitating Kashmiri Pandits, New Delhi is planning to create Israeli-type settlements in Kashmir,” said Gilani during a press conference at his residence in Srinagar. 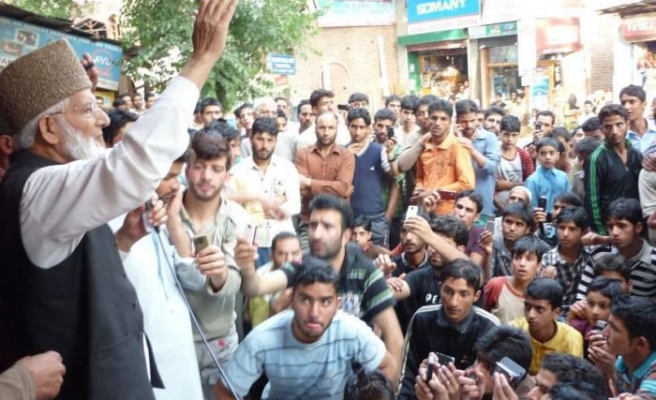 Kashmiri leader, Syed Ali Gilani on Monday accused New Delhi of trying to “create a state within a state" by coming up with settlements in the valley, saying that the plan had been finalised with the consultation of the Israeli government.

“In the garb rehabilitating Kashmiri Pandits, New Delhi is planning to create Israeli-type settlements in Kashmir,” said Gilani during a press conference at his residence in Srinagar.

He maintained that the Indian government intended to follow the Israeli pattern of settling Jews in the occupied Palestinian territory. Gilani revealed that stoking a civil war in the territory was part of the plan.

“The aim is to change demography and the nature of Kashmir dispute…In these settlement colonies fundamentalists would be trained and armed to trigger civil war in Kashmir,” the 83-year-old leader said.

He said that he was not averse to the return of Pandits to the Valley.

Gilani said,“Kashmiri Pandits should come and settle at their original places and live along with Kashmiri Muslim.”

“But creating separate zones in the name of Kashmiri pandits is unacceptable,” Gilani said, adding “Kashmiri Pandits are part of our society.”

He appealed to Kashmiri Pandits “not to accept this plan aimed at dividing our society and create civil strife.”

The Hurriyat is planning to hold seminars and programmes at district levels on the issue. “If the government does not shelve the programme, we will launch an agitation,” Gilani said.

Kashmiris see India as an "occupier" and accuse the ruling of systematic violations, killing dozens of civilians in Himalayan region.