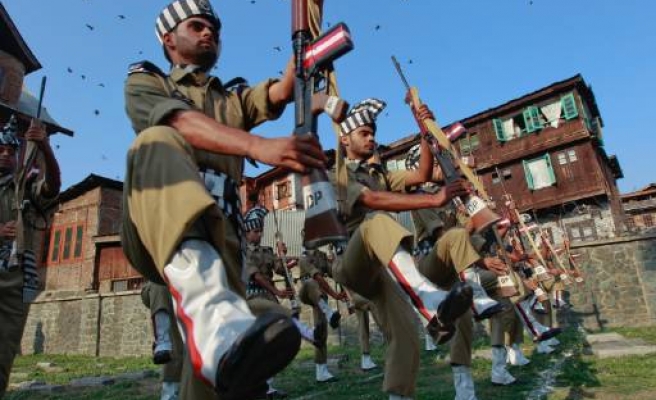 In Kashmir, massive anti-India protest broke out in Kishtwar town as hundreds of people participated in the final rituals of a youth, Amir Kamal, who was killed by Indian troops in the area, reported Kashmir Media Service.

Hundreds of people joined the funeral procession of the youth and raised pro-freedom slogans.

Veteran Kashmiri Hurriyet leader, Syed Ali Gilani, addressing the mourners over telephone, stressed unity among Muslims and said that the sacrifices of people for the just and noble cause would not go waste.

Complete shutdown was observed in Kishtwar town against the Amir’s killing.