A wave of disappointment swept across curfewed Kashmir after no concrete results emerged out of a government meeting. 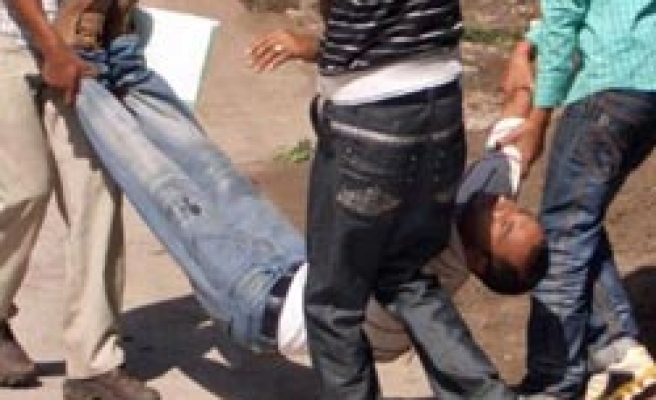 A wave of disappointment swept across curfewed Kashmir on Thursday after no concrete results emerged out of a government meeting aimed at "ending" pro-independent protests in which Indian police killed dozens during two months.

Prime Minister Manmohan Singh on Wednesday held a meeting with the government and opposition parties, but all it decided was only to send a delegation of politicians to Kashmir, Reuters said.

The meeting dashed hopes for a partial lifting of widely hated powers for the military in Kashmir to shoot protesters as well as raid homes and arrest people without warrant.

"Ironically, India is talking through the barrel of gun," said a Kashmiri leader Mirwaiz Umar Farooq, the chairman of the All Parties Hurriyat (Freedom) Conference. "Curfew, talks, peace efforts, meetings and killings can't go together."

Kashmir has been under curfew for the last three months, criss-crossed with barbed wire and police checkpoints.

The Himalayan region broke out in armed independence movement against New Delhi's rule two decades ago.

Nearly 90 people have been killed, mostly by police bullets, this summer.

Veteran Kashmiri Hurriyet leader, Syed Ali Gilani also said that India has imposed martial law in the Valley as all the emergency services have been stopped. He appealed to the international community to take cognizance of Indian "state terrorism" in Kashmir, Kashmiri Media Service said.

Children stay cooped up in homes.

The continuing cycle of strikes and curfews has shut down schools, colleges and offices, stopped newspapers from being printed, and made food and medicine scarce.

"My son is on a life-saving drug, he has medicines left for the next two only," said Imtiyaz Shah, a 44-year-old hotelier. "I feel so helpless."

Kashmiris face a government that has placed little priority on finding a solution to Kashmir, an issue that has little electoral impact across the rest of the country.

"India "does not care Kashmiri Muslims"

"Well, the outcome of yesterday's meeting in New Delhi is a statement from Indians that they don't care about Kashmiri Muslims," said Rehana Gouse, a 32-year-old school teacher.

"Our children are brutally killed by forces, we are living in jail for the past three months."

Part of the anger is directed against the harsh security laws.

"I expect nothing from New Delhi, who are helpless on revoking draconian laws like AFSPA which means a soldier has the right to shoot you," said 24-year-old-student Zubiar Khan.

The main opposition Hindu nationalist Bharatiya Janata Party has taken a hard line against the Kashmiris and the military is also reluctant to give up its special powers.

Kashmir's chief minister, Omar Abdullah has been accused of doing little to become puppet of India.