Kashmiris fear for their lives as uncertainty continues

A row over the agenda for much anticipated NSA talks between India and Kashmir, has left many Kashmiri's fearing for their lives over constant shelling. 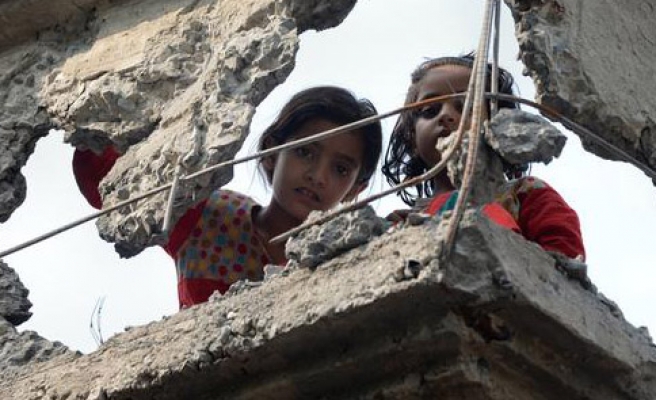 India and Pakistan aborted rare talks this weekend under a cloud of recriminations, while on the front line of their festering conflict in Kashmir, villagers cowering from artillery in mud huts despair of ever seeing lasting peace.

Pakistan's National Security Adviser Sartaj Aziz called off a trip to New Delhi for a planned "ice-breaking" meeting on Sunday with his Indian counterpart Ajit Doval at the last minute amid a row over the agenda for the talks.

The cancellation dashed hopes of any imminent breakthrough in the nuclear-armed neighbours' long-fraught relations.

Shelling across the de facto border, known as the Line of Control (LoC) in disputed Kashmir, has been on the rise this month, with several civilians killed.

The Himalayan region has been divided between India and Pakistan, but claimed in full by both, since the two countries gained independence from Britain in 1947.

Nahra, in Pakistan-administered Kashmir, just 400 metres (440 yards) from Indian army positions, is one of the worst affected villages, where locals say they were hit by shells almost every day last week.

With no proper bunkers in which to take cover from mortars, residents are forced to hide in their mud-brick houses.

Villager Muhammad Nazar, 53, described how his home was destroyed by an Indian barrage last week.
"I had just put my children to bed, they were afraid to sleep, then the Indian firing started and the walls of my house came crashing down," he told AFP.

"My children were screaming, I wrapped my arms around the children as we hid behind what was left of the walls.

"It ended early morning and I took my family to a neighbour's house where we live now -- I have nowhere else to go."

Nahra lies in Nakyal sector, a collection of half a dozen small villages strung out across a lush green valley typical of Kashmir, a region famed for its beauty but blighted by decades of conflict.

Unfortunately for the locals in Nakyal, the Indian and Pakistani troops occupy the heights on either side of the valley, leaving the civilian population stuck in the middle -- and badly exposed.
Locals said around 100 families had fled villages to take cover in wooded areas on nearby hillsides.

Crops have been destroyed, schools forced to close for weeks and shops open only long enough for people to buy essentials.

Javed Budhanvi, a member of the Pakistani Kashmir parliament from Nakyal, said at least 15,000 people in around 10 villages had been affected by recent Indian firing.

"Children are terrified, they can't go to school, they can't step out of their homes to play and even in their homes they are not able to sleep because of the fear of Indian firing," he told AFP.

India insists it is simply returning fire that Pakistan has started.

A Pakistani Kashmiri man points to a wall damaged during cross border shelling, in Nakyal Sector, on …
"Pakistani soldiers have been firing mortars and guns without any provocation," a defence source in Indian-administered Kashmir told AFP.

"Our people in border villages have been suffering as well."

That meeting, and Indian Prime Minister Narendra Modi's agreement to attend another regional summit in Pakistan next year, raised hopes of a breakthrough after months of heightened tensions.

Little of substance was expected but the very fact that Aziz and Doval were to meet at all was seen as progress.

But the plan faltered at familiar obstacles: Aziz's intention to meet Kashmiri leaders in New Delhi -- an issue that scuppered foreign secretary-level talks last year -- and India's insistence the agenda should focus on terrorism.

Pakistan's failure to hand over or prosecute the alleged masterminds of the 2008 Mumbai attacks has infuriated India, particularly when the suspected ringleader, Zaki-ur-Rehman Lakhvi, was freed on bail.

Islamabad, for its part, insists talks must be wide-ranging and include thorny issues like Kashmir.

The two sides ended up blaming each other for the collapse of the talks, while back on the front line, retired schoolteacher Muhammad Farooq, 52, has only weary scepticism for the whole idea of talks.

"Pakistan and India have been negotiating since 1947 but what's the result?" he said.

"We are forced to live the life of a fugitive here in these forests -- what have we done to deserve it?".