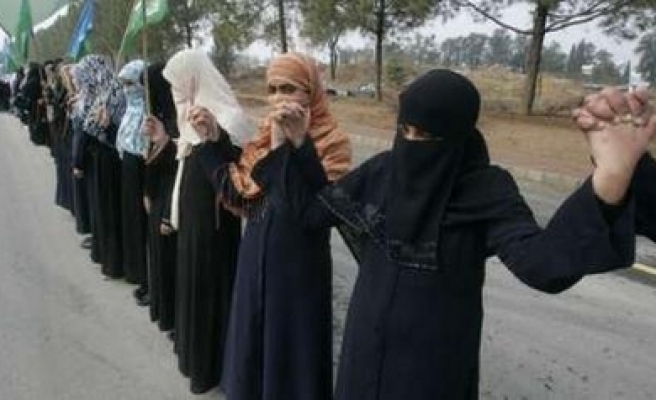 The government of Indian-held-Kashmir (IHK) has admitted to registering more than 5,000 cases of rape and some 15,000 cases of molestation of women since 1989, when the armed rebellion against Indian rule began.

"Some 5,125 cases of rape and 14,953 cases of molestation have been reported across the state's hundreds of police stations in the last 24 years," Chief Minister of Jammu and Kashmir Omar Abdullah told the state legislative assembly on Tuesday.

"Out of these, convictions have been made in only 579 cases," he admitted.

The written reply by Abdullah, who also heads the state's Home Ministry, came in response to a query by Communist Party of India (Marxist) leader M.Y. Tarigami, a state lawmaker.

Official figures reveal that the number of cases of sexual violence against women by members of the Indian armed forces was much higher than those by militants.

Although most victims were raped or molested by civilians, especially work colleagues, around 129 rape cases were registered against Indian military and police personnel.

Human rights organizations, however, believe this number is only the tip of the iceberg and that actual numbers are much higher.

Only three rape cases, by contrast, have been registered against militants since 1989.

It is the first time for the state government to release data on the number of cases of sexual violence against women since the conflict started in 1989.

Kashmir, a Muslim-majority Himalayan region, is claimed by both Indian and Pakistan. The two countries have fought three full-fledged wars – in 1948, 1965 and 1971 – since they were partitioned in 1947.

Since 1989, Kashmiri resistance groups in IHK have been fighting for independence or for unification with neighboring Pakistan.

Women have been the silent sufferers in the conflict. Many have been subjected to sexual violence, most of which was never reported due to fears of being ostracized in Kashmir's conservative society.

During the two decades of conflict, sexual violence against women has shot up considerably in IHK.

Sociologists and human rights organizations cite militarization as one of the main reasons for the phenomenon.

His research concluded that out of 66 cases of sexual violence, only five were generally reported to police.

According to the report, rising militarization was one of the major reasons for the rise of sexual violence in Kashmir.

India has deployed more than 600,000 soldiers in IHK, making it one of the most militarized zones on earth, with around one soldier for every ten civilians.

Coalition of Civil Society (CCS), a Kashmir-based human rights organization working with rape victims, maintains that sexual violence against women has been systematically used by the Indian state as a means of torture.

"There is institutional deniability about sexual violence by the armed forces in Kashmir," said CCS Coordinator Khurram Parvez.

"It's not even an individual who is denying his involvement in rape," said Parvez.

"It is the institution that is protecting the perpetrators. In these cases, there is no justice. No one has been arrested or convicted."

The CCS is the region's most internationally-recognized and respected local human rights organizations.

its a nice effort towards the indian army voilance in kashmir to show the whole world.