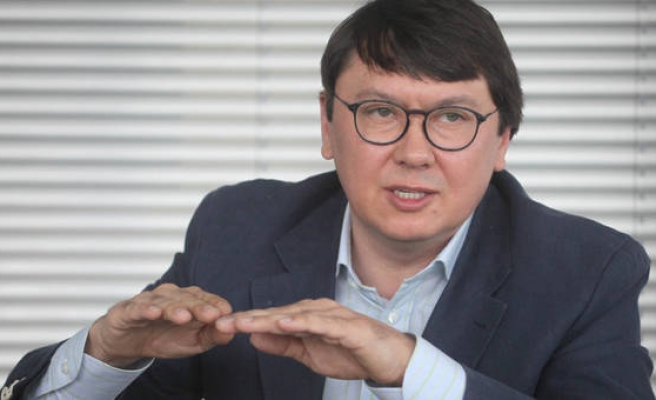 Rakhat Aliyev, the Kazakh president's former son-in-law turned political arch enemy, has been found dead in an Austrian jail after killing himself, a court spokeswoman said on Tuesday, but his lawyers said they doubted he had taken his own life.

Austrian prosecutors in December charged him with the murder of two bankers in 2007, a case in which Kazakhstan's two requests for extradition were denied because of the former Soviet republic's human rights record.

Aliyev, a former Kazakh ambassador to Austria who became a vocal critic of President Nursultan Nazarbayev, had denounced the case against him as politically motivated.

He had been in custody since June when he turned himself in to Austrian authorities after a four-year investigation.

The Austria Press Agency (APA) quoted corrections department director Peter Prechtl as saying Aliyev's body was found at 7:20 a.m. (0620 GMT) in Vienna's Josefstadt prison in a cell where he had been in solitary confinement.

He had hanged himself in a bathroom, Prechtl said.

Defence attorneys Manfred and Klaus Ainedter were quoted by APA as saying they could not imagine their client, 52, had killed himself.

"I have significant doubts about this without wanting to blame anyone. I visited him yesterday. There could be no talk whatsoever of danger of suicide," Klaus Ainedter told APA, noting that he expected a thorough investigation.

Prechtl told APA that Aliyev had requested a single cell in the prison's hospital unit. He was not considered at risk of suicide and was graded "green" in the corrections department system, which meant he could be left unattended.