The Kazakh president set a goal of US$900 billion GDP in the Eurasian Economic Community by 2030. 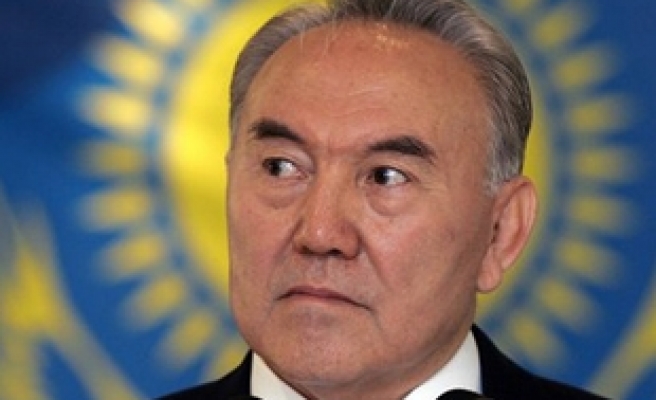 The Eurasian Economic Community's economic output will reach US$900 billion in 2030, Kazakhstan's President said on Monday.

Speaking at a conference in Moscow University, Nursultan Nazarbayev stressed that with further integration between member states after the Eurasian Economic Community agreement, the total Gross Domestic Product of Kazakhstan, Russia and Belarus can hit that target.

The agreement, which is expected to be signed in mid-May, will be a further step towards integration after a custom union agreement between the member states came into force in 2010.

According to the Kazakhstan Statistic Agency, the country's total exports to Russia and Belarus rose 63 percent after the 2010 agreement. During the same period Kazakhstan's imports from Belarus and Russia increased 98 percent.

Kazakhstan’s total foreign trade volume with Russia and Belarus, which was US$12.7 billion prior to custom union agreement, exceeded US$24 billion after the agreement.