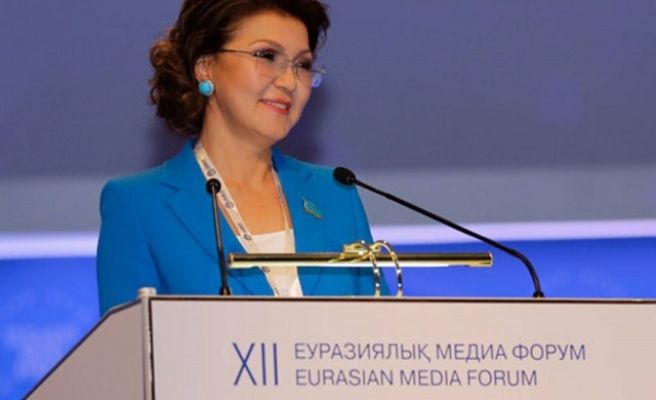 Energy-rich Kazakhstan's 75-year-old President Nursultan Nazarbayev signed off on daughter Dariga's appointment as deputy-prime minister Friday, in a move that could be linked to the ex-Soviet republic's looming succession issue.

Nazarbayeva, 52, was an MP and vice-speaker of the Kazakh parliament before the Friday decree.

"By the order of the head of state, Dariga Nazarbayeva is appointed Deputy Prime Minister of the Republic of Kazakhstan," read a statement tweeted by Nazarbayev's Akorda press service.

Her appointment to the position comes months after Nazarbayev secured a new five-year term in April presidential elections many believe were his last.

Nazarbayeva, also an MP from 2004 to 2007 was thought to have fallen out of favour with her father when then-husband Rakhat Aliyev became the subject of a government investigation into the abduction of two bankers in 2007.

She reportedly divorced Aliyev, a former deputy head of internal security and ambassador to Austria by whom she had three children, later the same year.

Following the scandal and amid attempts by Kazakhstan's government to extradite Aliyev from Austria, Nazarbayeva took a back seat from politics and headed the president's charity fund until 2012, when she moved back into parliament with pro-presidential party Nur Otan.

Aliyev, who was later accused of other serious crimes by Kazakhstan including plotting a state coup, died in an Austrian jail in February this year while awaiting trial for the murder of the two bankers he was accused of abducting in 2007.