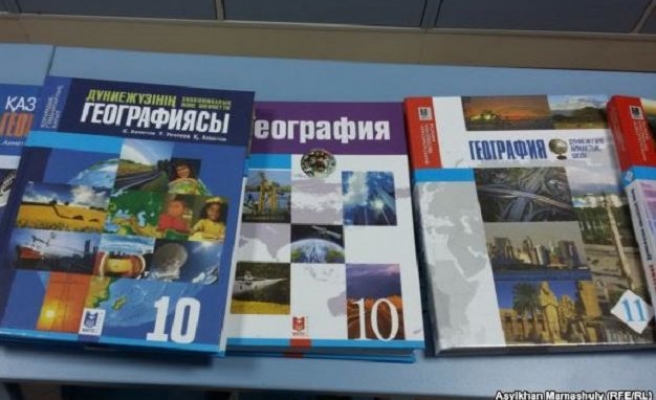 Kazakhstan's Ministry of Education and Science obligated "Mektep" publishing house Wednesday to correct its textbooks, where Crimean peninsula was indicated as part of Russia.

Earlier this week, Ukrainian embassy in Kazakhstan submitted its note of protest to the Kazakh Foreign Ministry regarding status of Crimean peninsula in some geography textbooks, which have given Crimea as subject of Russian Federation.

"Spread of such information is contrary to the position of both the international community and the leadership of the Republic of Kazakhstan, which has repeatedly stated its support for the territorial integrity of Ukraine," Education Ministry's statement said.

Therefore, "Mektep" publishing house was given a direct order to change the maps in 10-11 grade geography textbooks and depict Russia-annexd Crimea as part of Ukraine.