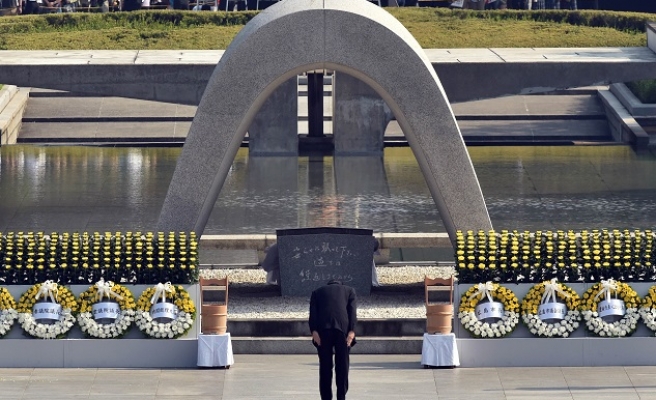 US Secretary of State John Kerry and fellow envoys from the G7, including nuclear powers Britain and France, will visit Hiroshima’s Peace Memorial Park this month, Japan announced.

Kerry will be the first US Secretary of State to have ever visited the iconic park, where he is set to lay flowers at the memorial dedicated to the victims of the world's first nuclear attack on August 6, 1945.

Japanese Foreign Minister Fumio Kishida said late Saturday: "Foreign ministers from the G7 countries will all visit Hiroshima Peace Memorial Museum and offer flowers at the cenotaph for the victims on April 11."

The visit will take place on the sidelines of a foreign ministers' meeting this month, where the envoys are scheduled to hammer out the agenda for the G7 summit in May.

US officials are still considering a possible visit to Hiroshima by President Barack Obama during his trip to Japan for the meeting, however, no official announcement has been made.

Japan has long urged world leaders to visit Hiroshima and Nagasaki to see the horrors of the atomic bombings and join efforts to eradicate nuclear arms.

In 2008 then House of Representatives Speaker Nancy Pelosi laid flowers at the memorial park, as the highest-ever sitting US official to do so.

The world's first atomic bomb killed about 140,000 people in Hiroshima, including those who survived the explosion itself but died soon after due to severe radiation exposure.

Three days later, the US military dropped a plutonium bomb on the port city of Nagasaki, killing some 74,000 people.

Washington has never apologised for the attacks.

The bombings are controversial in the United States, where opinion remains divided over whether their use in the closing days of World War II was justified.