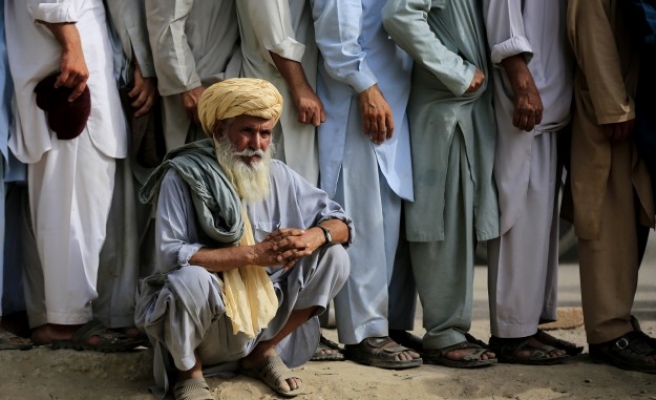 A key Pakistani Taliban group has announced it is to renounce militancy and concentrate on preaching and helping.

Ismatullah Moawiah, a purported spokesman for the outlawed Punjabi Taliban - of the key components of the Tehrik-e-Taliban Pakistan (TTP), the mother network of different insurgent groups in Pakistan - said in a statement on Saturday that the group had decided to surrender and renounce militant activities.

He did not elaborate if or when members of his group would hand over their arms to security forces.

Moawiah, who had claimed responsibility for attacks on security forces in the recent past, added that the Punjabi Taliban would take part in relief activities to help nearly two million people affected by huge floods which have inundated 21 districts in the northeastern Punjab province.

Security analysts said the development was crucial and the outcome of behind-the-scenes talks between the group and government negotiators.

Amir Rana, an Islamabad-based security analyst told Anadolu Agency: “The group had already been engaged (by government) before launching the North Waziristan onslaught, to shun violence.

“The announcement is the outcome of that continuous engagement.”

Rana said no major incidents had occurred in the Punjab and northwestern Khyber Pakhtunkhawa (KP ) provinces over the last three months, because of talks with the group.

The Pakistan Army has been pounding North Waziristan since June 15, killing more than 1,000 "militants."

Reporters have not been able to verify the figures as media workers are now allowed to visit the operation-hit areas.

A rocket attack on an army outpost in North Waziristan has killed at least three troops, another two soldiers were injured in Sunday morning’s attack in Spinwam, a senior military official said on condition of anonymity.

The fresh casualties put the security forces' death toll at 85 since operations started in the region.