A U.N.-backed tribunal sentenced a senior member of the Khmer Rouge to 35 years in prison in its first verdict. 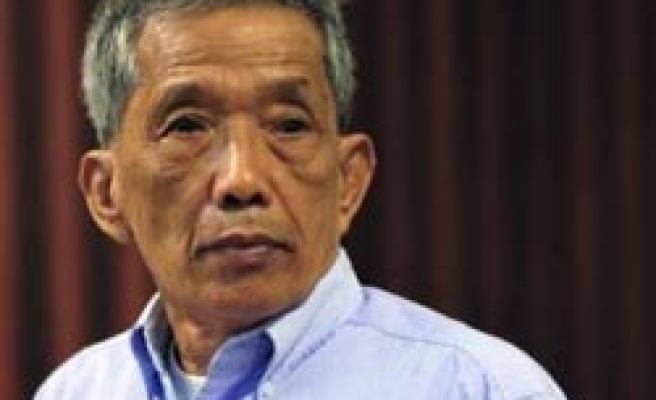 A U.N.-backed tribunal sentenced a senior member of the Khmer Rouge to 35 years in prison on Monday in its first verdict three decades after the "Killing Fields" revolution tore Cambodia apart.

The verdict was short of the maximum 40 years sought by the prosecution and of the life behind bars demanded by many Cambodians who have struggled for decades to find closure for one of the darkest chapters of the 20th century.

Kaing Guek Eav, known as Duch, was found guilty of murder, torture, rape, inhumane acts, crimes against humanity and other charges for running a prison during Khmer Rouge's regime blamed for 1.7 million deaths in 1975-79.

The 67-year-old the former schoolteacher, who admitted to overseeing the torture and killing of more than 14,000 people, will only serve 30 years because the court ruled he was held illegally by the Cambodian military from 1999 to 2007.

The court said at least 12,273 people were killed at Duch's Tuol Sleng prison, a converted high school also known as S-21 but acknowledged the number could be as high as 14,000.

"The chamber has decided there are significant mitigating factors that mandate a finite term imprisonment rather than life imprisonment," the tribunal's president said, citing Duch's expressions of remorse and cooperation with the court.

Thousands huddled around televisions in cafes and homes to watch live broadcasts of the verdict, the first by the joint U.N.-Cambodian court set up to end decades of silence over crimes of the Khmer Rouge.

Now a born-again Christian, Duch had expressed "excruciating remorse" for the S-21 victims, most of them tortured and forced to confess to spying and other crimes before they were bludgeoned at the "Killing Fields" execution sites during the agrarian revolution, which ended with a 1979 invasion by Vietnam.

Standing in the way of justice, analysts say, is not just the excessive bureaucracy and a drawn-out legal process, but a powerful single-party government that has never fully backed the tribunal and has historical ties to the Khmer Rouge.

Many former Khmer Rouge members are now part of Cambodia's civil service and occupy top positions in provincial and central government and experts say they are keen to curtail the court's progress and limit the scope of future investigations.

Long-serving Prime Minister Hun Sen is himself a former Khmer Rouge foot soldier who says he defected to eventual conquerers Vietnam. He has warned of another civil war if the court expands its probes into the horrors of Pol Pot's "year zero" revolution.

Finance Minister Keat Chhon has also admitted his involvement as an interpreter for late Khmer Rouge leader Pol Pot, while Foreign Minister Hor Namhong has been accused of having Khmer Rouge connections and heading a detention centre. He denies the claims.