Koreas meet on reunions, South plans another drill with US

North and South Korean officials met on Friday to try again to set up reunions of families split by the 1950-53 Korean War, amid signs of conciliation. 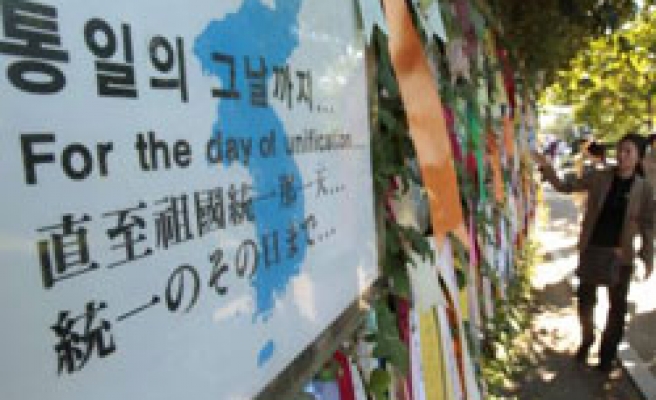 North and South Korean officials met on Friday to try again to set up reunions of families split by the 1950-53 Korean War, amid signs of conciliation.

Ties between the two Koreas have been sour since conservative President Lee Myung-bak took office in 2008 and ended aid to the poor neighbour.

Tensions spiked this year after the South, with U.S. backing, accused the North of torpedoing one of its navy ships, killing 46 sailors. Pyongyang denies the charge and threatened to retaliate by force if Seoul imposed sanctions.

But the North has made conciliatory gestures in recent weeks, engaging in dialogue with the South over flood aid and family reunions and also indicating it was willing to restart arms talks with regional powers aimed at scrapping its nuclear arms projects in return for economic aid.

But the South plans to go ahead later this month with another series of joint military drills with the United States near its disputed sea border with the North off the peninsula's west coast, which could provoke Pyongyang's reaction.

The drills, which could potentially provoke unease in Beijing, will take place on Sept. 27 to Oct. 1, the allies' joint forces command said on Friday.

Friday's meeting, in the city of Kaesong just north of the heavily armed border, comes before a rare meeting of the North's ruling Workers' Party next week which is expected to pick a new leadership and possibly anoint an heir to the dynastic state.