A planned OSCE police monitoring mission in Kyrgyzstan should start its work after next month's parliamentary election, a Kyrgyz envoy said. 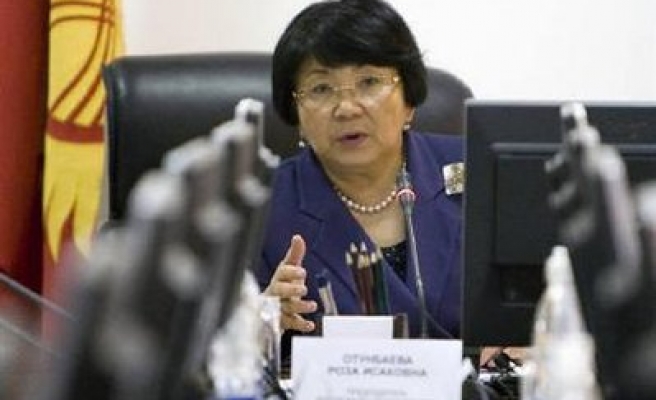 A planned OSCE police monitoring mission to help keep the peace in Kyrgyzstan should start its work after next month's parliamentary election, a Kyrgyz envoy said on Thursday, signalling a delay in the deployment.

The 52-member unarmed police team from the Organisation for Security and Cooperation in Europe (OSCE) had initially been scheduled to arrive in August, two months after the worst bloodshed in the Central Asian state's modern history.

Last month, several hundred demonstrators in Osh, Kyrgyzstan's second city and epicentre of the June violence, decried the plans by the interim government to admit the monitors to southern regions ravaged by the clashes.

Ambassador Lydia Imanalieva, Kyrgyzstan's envoy to the OSCE, said "destructive forces had used this project" to prevent efforts to re-establish peace and reconciliation from succeeding.

"Kyrgyzstan believes that it will be reasonable, timely and useful if the (OSCE) group starts actual work in Kyrgyzstan after the parliamentary election," she told a news conference in Vienna, where Europe's main security body is based.

The interim government of Kyrgyzstan, an impoverished former Soviet republic that hosts both Russian and U.S. military air bases, has struggled to impose its authority in the south since assuming power after a revolt toppled the president in April.

Nearly 400 people were killed and thousands left homeless during clashes between ethnic Kyrgyz and Uzbeks in June.

Last month, the interim government said elections that would create the first parliamentary democracy in Central Asia were planned for Oct. 10.