A few Chinese technicians were working with about 12 Nepali workers inside the tunnel of the Upper Madi Hydroelectric Project when falling earth and rocks blocked its entrance. 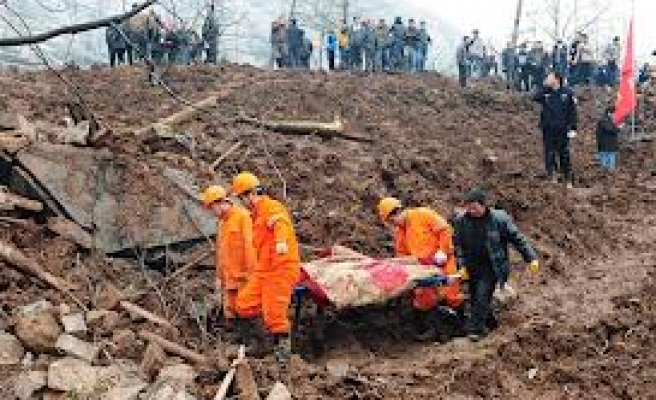 Sixteen workers including a Chinese national have been trapped by a landslide inside the tunnel of a hydroelectric power project in Nepal, a project official said on Friday.

The men were working at the Upper Madi Hydroelectric Project in Kaski district, 125 km (80 miles) west of Kathmandu, when falling earth and rocks blocked the tunnel entrance.

"Excavators are removing the debris and we are trying to rescue those trapped inside," said Ram Raj Koirala, a Nepali official at the power station being built by a Chinese firm.

He said rescuers had established contact with 13 of the 16 people trapped in the tunnel and they were safe. There was no information about the others.

Drinking water and air have been supplied to the men through pipes and they are expected to be out in three to four hours, Koirala told Reuters from the site.

The project would generate 25 megawatts of power in the energy-starved country. The China International Water and Electric Corporation owns 80 percent of the $650 million plant while the project's Nepali backers own the rest.

Nepal has the potential to generate up to 83,000 megawatts of hydro-power from rivers cascading down from the Himalayas, the world's highest mountain range.

But due to a lack of funds and technical know-how, just 1 percent of that potential has been tapped. Nepal's 27 million people typically endure 12 hours of power cuts a day.

China is a major donor, business partner and investor in Nepal, a strategically located buffer state between China and India. Many Chinese companies are involved in infrastructure projects that include hydroelectric power.