Indian media said that more than 40 people were killed by a landslide at a village further south. 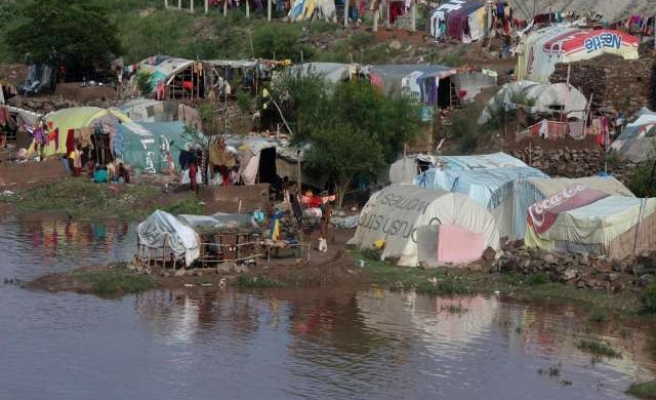 Rescuers raced to help communities hit by landslides in India occupied Kashmir on Friday while thousands were stranded, homeless and hungry in the city of Srinagar, most of which was submerged by the region's worst flooding in 50 years.

Both the Indian and Pakistan sides of the disputed Himalayan territory have been hit by extensive flooding since the Jhelum river, swollen by unusually heavy rain, surged last week. The river flows from occupied Kashmir to the Pakistan side, and then down into Pakistan's lower Indus river basin.

On the Pakistani side, officials put the death toll at 264 on Friday and said that more than one million people had been affected by floodwaters now cresting in the densely populated province of Punjab.

In New Delhi, Home Minister Rajnath Singh said about 200 Indians had been killed and around 130,000 rescued.

"Almost every second family has one or two missing members," said Syed Munir Quadri, who has been looking for his father for three days in Srinagar, a city of some 1.2 million now facing an acute shortage of fuel, food and medicines.

Indian media said that more than 40 people were killed by a landslide at a village further south.

"The entire village slid down in a matter of minutes, burying all houses under tons of rock and mud. The villagers had no time to run to safety," the CNN-IBN TV channel said on its news website. "The army rushed in 200 of its soldiers to assist with rescue operations being carried out by the civil administration."

The ferocity of the floods appeared to have caught the administration in occupied Kashmir by surprise and has prompted an outpouring of anger in a Muslim-majority region where a revolt against Indian rule has simmered for quarter of a century.

Many people praised the Indian army on social media for its rescue and relief efforts, but others vented their anger at delays in getting help to survivors.

Munir Ahmad was trapped for two days with his brother and domestic help as waters swirled around his Srinagar home before they were taken to safety by a rescue boat.

"We were trapped on the tin roof for two days and were crying for help. We put up a big red flag to draw the attention of the rescuers. But no helicopter or boat came to our rescue."

"After two days, a local boat spotted us. It took us to a nearby building where already 40 people had taken shelter."

All but one of Srinagar's major hospitals were under water, and six infants died in a maternity hospital due to a lack of medical care, a rescuer said, and telecommunication links to the city have been down for days.