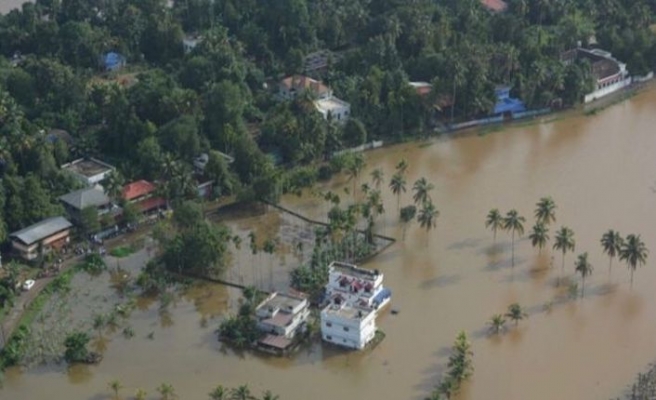 At least 15 people were killed in floods and landslide after Cyclone Titli hit the eastern Indian state of Orrisa, said state officials on Saturday.

Special Relief Commissioner B P Sethi said in a statement: “15 people were killed in the Gajapati district of the state. They died because of a landslide caused by heavy rains in the area.”

At least four people were also reported missing from the area. According to local officials, the incident took place in a remote area relief staff has failed to reach due to trees blocking access.

Chief Minister Naveen Patnaik on Saturday took an aerial survey of the cyclone-affected districts of Gajapati, Ganjam, Puri, Kandhamal and Kendrapara and Rayagada. He also announced monetary relief for affected people in the state.

“A rescue team, including personnel of the National Disaster Response Force (NDRF), rushed to the area which was ravaged by incessant rainfall,” said an official press statement.

The statement said: “The cyclone made landfall on Thursday southwest of Gopalpur near Palasa. As many as 127,262 people were sheltered in 963 relief centres on Friday while the NDRF and the Orissa Disaster Rapid Action Force (ODRAF) were deployed for rescue and relief."

According to Indian Express newspaper, an estimated 6 million people were reported affected by the calamity in the state, especially in Ganjam, Gajapati and Rayagada districts where floods remained grim as the water levels in major rivers crossed the danger marks.

In the neighboring Andhra Pradesh state, seven died due to cyclone. The state government has announced an ex-gratia of around $6,750 (Rs 5,00,000) for the families of the deceased.

Chief Minister N. Chandrababu Naidu wrote a letter to the Union government seeking $162 million in interim relief for rehabilitation of those affected.

“The cyclone has damaged properties, infrastructure, agriculture and horticulture in many districts of state. The relief and rescue operations have already started on a war footing in the state. We have sought central assistance to provide relief to those affected by the cyclone,” said Chandrababu Naidu in an official press statement.