"We're not satisfied with this report. It is incomplete because the commission failed to question Ma Than Dar (Par Gyi's wife)," lawyer Robert San Aung said 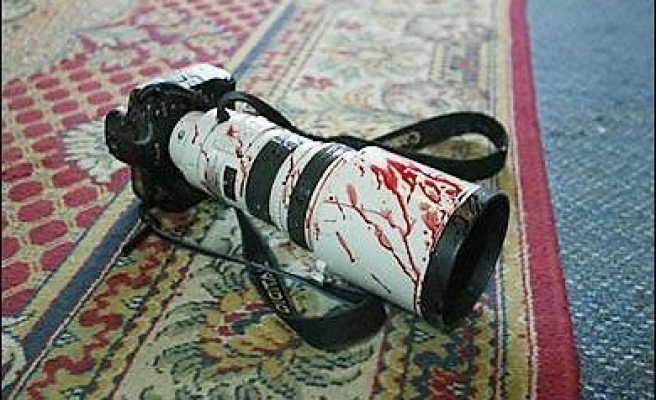 A report into the death of a Myanmar journalist while in military custody is inadequate and the country's president must now order an independent investigation, his family's lawyer said on Tuesday.

The U.S. State Department urged a transparent investigation into the death of Par Gyi, a former democracy activist who once worked as a bodyguard for opposition leader Aung San Suu Kyi.

The commission posted its report on its website on Tuesday after submitting it to the president, but it did not address claims by the victim's wife and lawyer who attended the body's exhumation from a shallow grave that it bore signs of torture.

"We're not satisfied with this report. It is incomplete because the commission failed to question Ma Than Dar (Par Gyi's wife)," lawyer Robert San Aung told Reuters.

"She has a lot of information to share. We will ask the president to have an independent body look into this case."

Par Gyi was arrested on Sept. 30 after completing a photo assignment documenting clashes between the military and the rebel Democratic Karen Benevolent Army near the border with Thailand. He died on Oct. 4, but the military did not notify the family until several weeks later.

The military says Par Gyi was shot when he tried to steal a gun from a soldier and escape because he was a member of an obscure Karen rebel group - claims disputed by the Myanmar-based Assistance Association for Political Prisoners (AAPP).

In its report, the commission said: "Witnesses in the investigation did not report that Par Gyi was ill-treated mentally or physically while he was in custody."

The report said Par Gyi had suffered broken ribs but it did not comment on how that might have happened.

Non-governmental organisations have accused the National Human Rights Commission in the past of failing to properly investigate human rights abuses in Myanmar.

Than Dar, a prominent women's activist, has said she suspects her husband died under tortured, prompting the military to secretly bury his body. She also denies the military's claim that he worked as an information officer for the rebel group.