Lawyers for accused Boston Marathon bomber due in court

Defense attorneys have said they need time to review massive amounts of evidence collected by the government's investigation into the bombing. 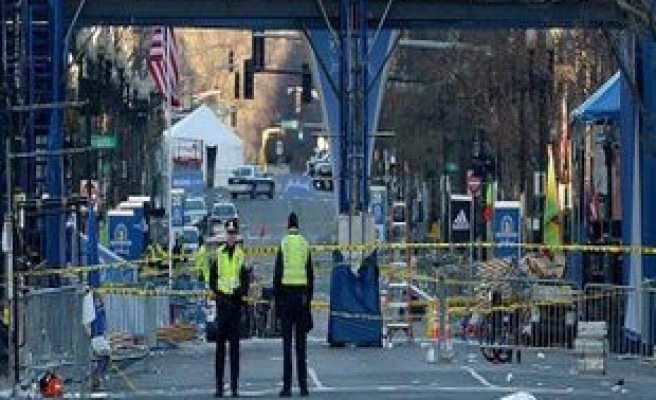 Attorneys for the accused Boston Marathon bomber on Wednesday will ask a federal judge to give them until at least September 2015 to prepare for his trial on charges related to the largest mass-casualty attack on U.S. soil since 9/11.

Dzhokhar Tsarnaev, a 20-year-old native of Russia's restive Chechnya region who moved to the United States a decade ago, faces the possibility of execution if he is convicted of killing three people and injuring 264 with a pair of homemade pressure-cooker bombs in the April 15, 2013 attack as well as shooting dead a university police officer three days later.

Defense attorneys have said they need time to review massive amounts of evidence collected by the government's investigation into the bombing. They also may seek to challenge before U.S. District Judge George O'Toole the death penalty threat.

Last month, prosecutors said they would seek to have Tsarnaev put to death if he is convicted of charges including use of a weapon of mass destruction.

Tsarnaev, who is being held in a prison west of Boston, has pleaded not guilty to all charges. His attorneys have not yet said if they will seek to have his trial moved from U.S. District Court in Boston, just 2 miles (3.2 km) from the spot where the bombs ripped through a crowd of spectators at the race's crowded finish line.

Tsarnaev and his 26-year-old brother, Tamerlan, are accused of planting the bombs, which killed three people.

it was a conspracy. he was running from officials because he was afraid and didn't know what was going on he was set up by our government. when you believe the media you fall right into their trap. it was a conspiracy whether you believe it or not. there is not enough information proving that he and his brother did it. look in to it and you will see what i'm talking about. hopefully this message doesn't get taken down. i also have no intention in insulting anyone but our government.