Over 80 children in a poor corner of southwestern China have been poisoned by lead from illegal smelters. 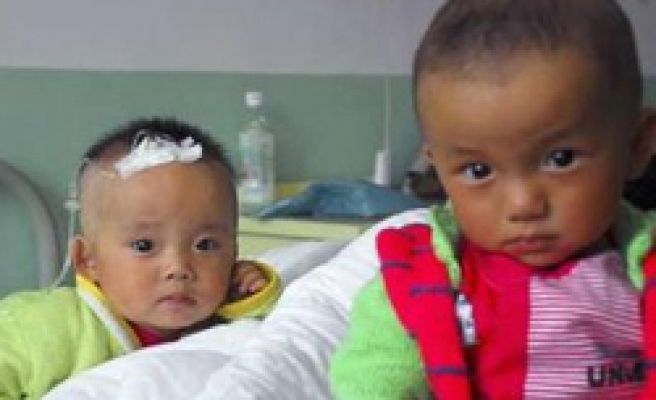 Over 80 children in a poor corner of southwestern China have been poisoned by lead from illegal smelters, the latest in a string of heavy metal pollution cases that have made hundreds sick over the last year.

Tests showed at least 84 children from Heqing county in Yunnan province had dangerously high levels of lead in their blood, an online statement issued on Sunday by the Heqing local government said (www.heqing.gov.cn).

Routine health tests in the area between July 2 and July 16 showed a cluster of 39 children under 14 with lead-poisoning, prompting further testing which revealed another 45 victims.

So far 1,600 of 2,300 villagers in the affected area have been tested, including 500 children, local website www.yunan.cn said. The number of cases is expected to increase as tests continue, it quoted county press official Zhang Qun saying.

A Heqing official confirmed by telephone that tests were still going on, but declined to give further details. The statement did not say how many children had been screened, or the ages of those who had been poisoned.

The children may have inhaled lead fumes from small-scale illegal gold smelting workshops, or been poisoned after solid waste was dumped in fields as tests show soil there had been heavily polluted, a separate statement said.

The area has a long history of lead mining, and also produces precious metals like gold and silver, reports on the yunnan.cn website said, adding that some locals blame large smelters for the pollution rather than the small workshops.

Many small factories were shut in the 1990s because of pollution concerns, but have reopened recently because of rising metals prices, the statement said.

Lead poisoning, which often builds up slowly as a result of repeated exposure to small amounts of lead, can damage various parts of the body including the nervous and reproductive systems and the kidneys, and it can cause high blood pressure and anemia.

Lead is especially harmful to the developing brains of young children, and can cause consequences that may be irreversible including learning difficulties and behaviour problems.

Last August protesters broke into a smelting works they blamed for the lead poisoning of more than 600 children, smashing trucks and tearing down fences.

The Heqing government said it had cleared up 4,300 tonnes of smelting wastes and shut down more than 200 illegal workshops.