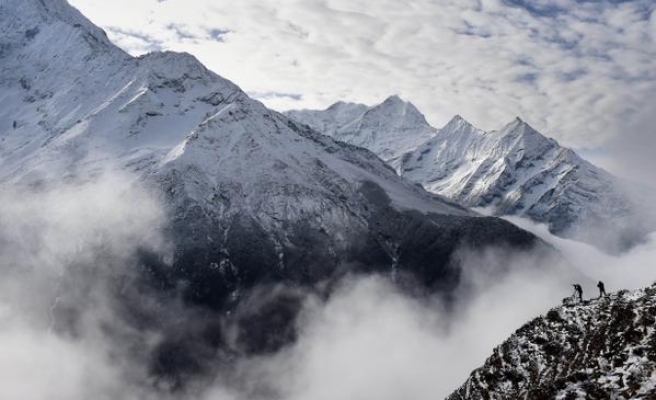 A Macedonian climber and a Japanese alpinist are among the dead on Mt. Everest in this year’s spring climbing, which ends later this month, officials said on Monday.

Macedonian climber, Gjeorgi Petkov, 62, died over the weekend near camp 3 at 7,200 meters above sea level, said Gyanendra Shrestha, a Tourism Ministry official at Everest base camp.

Details were few, but local media reported that he died of heart problems.

Thirty-six-year-old Japanese alpinist Nobukazu Kuriki, who lost nine fingers to frostbite in a previous attempt on Everest, was found dead at a higher camp on the 8,848-meter peak, said Shrestha.

Kuriki was a “true alpinist” who was accompanied by a large film crew shooting his Himalayan adventure, according to Alan Arnett, a U.S. blogger on mountaineering.

A Sherpa guide who went missing a week ago on Everest is also presumed dead, pushing up this year’s death toll on Everest’s Nepal side to three.

Three more climbers died in the Nepalese Himalayas this season.

Another Japanese climber died on Mt. Lobuche early this month. A Russian climber died of altitude sickness in a bid to climb Lhotse, bordering Everest.

An Italian climber was found dead on Mt. Dhaulagiri, an 8,167-meter peak, after strong wind blew away his tent.

Nepal is home to eight of the world's highest peaks. Hundreds of climbers flock to the country during spring climbing season, which runs between April and May. The two months offer several windows for climbers to scale the snow-capped peaks.