Minor tsunami of up to 20 cm were recorded at Ishinomaki in Miyagi prefecture and other locations along the northeast coast. 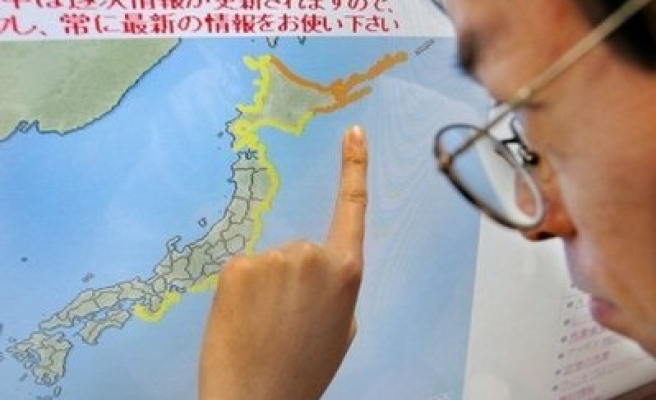 A magnitude 6.8 earthquake hit off eastern Japan on Saturday morning, the Japan Meteorological Agency said, with minor tsunami of up to 20 cm but no reports of damage along the northeast coast that was ravaged by the catastrophic March 2011 tsunami.

No irregularities were reported at the Fukushima Daiichi nuclear plant, which was damaged in the 2011 disaster in the worst nuclear accident since Ukraine's Chernobyl in 1986.

The quake registered a moderate 4 on the Japanese seismic scale of 1-7, meaning that major damage was unlikely.

Minor tsunami of up to 20 cm were recorded at Ishinomaki in Miyagi prefecture and other locations along the northeast coast, the meteorological agency said.

Evacuation orders were also issued in several coastal towns in the area, where 19,000 perished in the March 11 disaster three years ago, but those orders were canceled shortly after the tsunami advisory was lifted, according to the agency.

A meteorological agency official told a televised news conference that Saturday's quake appeared to be an aftershock of the massive magnitude-9 earthquake of 2011.