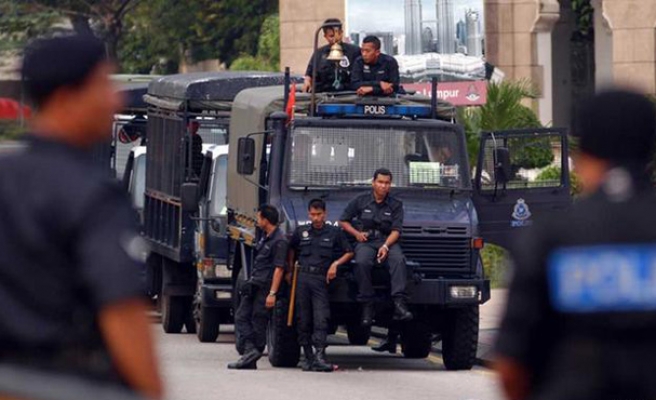 “Congratulations to E8 [Counter Terrorism Division] after successfully raiding cells with links to IS [ISIL] yesterday,” Khalid Abu Bakar said in a Twitter post, referring to the Middle Eastern extremist group by its alternative acronym.

He added that “13 people were arrested and IS documents were also seized.”

In January, Malaysia's police force said it had arrested 82 people with links to ISIL -- 73 of them Malaysians -- in the last year alone.

The inspector general told The Star Online in an interview Thursday that Malaysia’s police force plans to “immediately” expand its Counter Terrorism Division to every state in the archipelago.

“We cannot afford to wait and see as some others did,” Abu Bakar said.

“They [Division teams] need to be expanded as their workload is increasing now given all the current threats.”

He underlined that the threat posed by ISIL and other terror groups “is expected to remain”, but refused to elaborate on when it might diminish.

“I don’t have any projection for that. Today we are talking about the IS but in the future it could be a different kind of threat,” he added.

Malaysia had raised alert levels to the highest in January following a ISIL-linked attack in neighboring Indonesia that left eight people dead, and listed seven potential hotspots for attacks.

After Australia issued an alert last month warning of potential violence in the capital, Malaysian Prime Minister Najib Razak said that security in major tourist attraction areas countrywide had been beefed up by patrolling teams comprised of the military and police.