Five citizens of the Maldives, including a diplomat, were deported on Friday over an alleged attempt to assassinate the Maldivian president, according to local police. 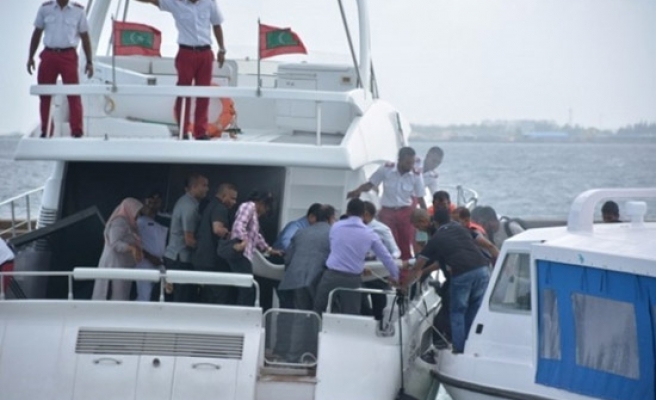 Five Maldives residents, including a suspect police believe was involved in the attempted assassination of President Abdulla Yameen last month, were deported from Malaysia on Friday, police said.

The suspect worked as the country's investment ambassador. The five were arrested on September 28, the day of a speedboat explosion targeting Yameen, the statement said without naming them.

Maldives Vice President Ahmed Adheeb was arrested on Saturday in connection with the explosion.

Yameen has been criticised for a crackdown on political dissent, including the arrest of Maldives' first democratically elected president, Mohamed Nasheed.

Nasheed was sentenced to 13 years' jail this year on terrorism charges.

Yameen, 59, was unhurt in the blast as his presidential boat approached the capital Male while he was returning from Saudi Arabia after the Haj pilgrimage, but his wife and two aides were injured.