Australia has set aside A$80 million to A$90 million for the search, already the most expensive ever undertaken. 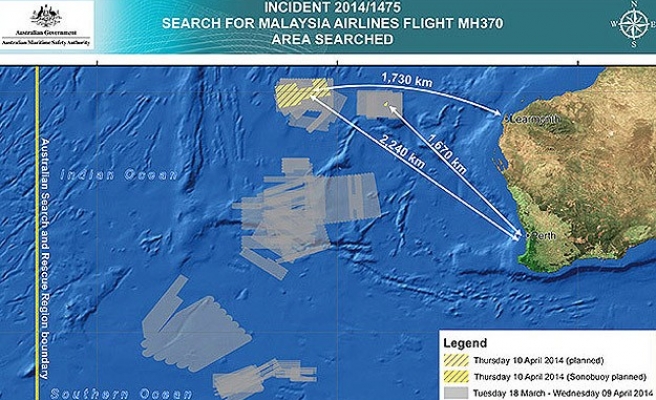 Malaysia on Thursday said it would share with Australia the cost of the latest effort to uncover signs of missing Malaysia Airlines Flight MH370, in the hope of unlocking modern aviation's greatest mystery.

Months of searches have failed to turn up any trace of the missing Boeing 777 aircraft, which disappeared on March 8, carrying 239 passengers and crew shortly after taking off from the Malaysian capital of Kuala Lumpur, bound for Beijing.

Malaysian Transport Minister Liow Tiong Lai told a news conference in Canberra that the two countries would evenly split the costs of the new search phase, estimated at up to A$52 million ($48.65 million).

"So it is important here that we would like to thank Australia for leading this search and we have so far committed and spent about A$15 million and we are also going to match the Australians in the tender cost for the search," he said.

Australia this month awarded a contract to Dutch engineering firm Fugro to search the sea floor, and the company is already conducting a detailed underwater mapping of the search area, along with a Chinese naval vessel.

Fugro will use two vessels equipped with side scan sonar, multibeam echo sounders and video cameras to scour the seafloor, which is close to 5,000 m (16,400 ft) deep in places.

Australia has set aside A$80 million to A$90 million for the search, already the most expensive ever undertaken.

Malaysia Airlines has been hit this year by the loss of two of its airliners, after Flight MH17 was shot down over a conflict zone in eastern Ukraine.