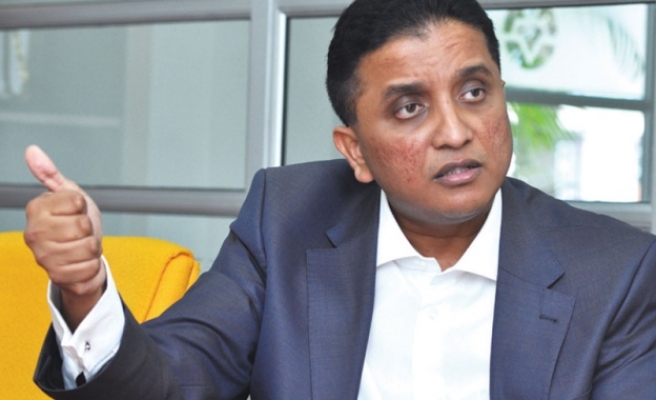 A top Malaysian government official has urged the global community to push for an international peacekeeping force to resolve the long-standing conflict between Israel and Palestine, saying Monday that discussions between both parties have reached "an impasse".

Deputy Foreign Minister Reezal Merican Naina Merican told reporters at Parliament that such a team would serve as a temporary solution to the conflict which has claimed thousands of lives.

"There is a need to have an international peacekeeping force for international action to take place. The international committee must get involved to realize its establishment," Merican said.

"For as long as there is no international involvement and sincere commitment, the conflict will not be resolved and the Palestinians will continue to suffer."

He called the conflict "a complex issue", highlighting that it has cost thousands of Palestinian lives.

Merican's comments came after a non governmental organization donated RM113,096.25 ($27,870) to the Foreign Ministry in humanitarian aid for a Palestine humanitarian fund.

Malaysia has long been at odds with Israel, revoking diplomatic ties with the country for its actions against Palestinians.

Malaysian passport’s carry the line: "this passport is valid for all countries except for Israel".

In 2010, a dozen Malaysian volunteers were on board the Mavi Marmara aid flotilla bound for Gaza when Israel's navy attacked the ship killing ten activists.

A statement on Malaysia's foreign ministry website says “Malaysia would consider beginning relations with Israel only when a comprehensive peace agreement between Israel and the Palestinian people is successfully concluded.”